A look back in time to a century agoBy Bob Oliphant

“Center.  The recent rains with wind have caused much trouble with the telephone wires and the trouble man from Lowell has been kept busy so that the large number of subscribers in the Westford exchange can have the use of their lines.

“John A. Sherlock, police officer, has been appointed truant officer and will keep a sharp oversight of children who do not attend school properly.

“Heavy apple shipments to the Boston markets have been the rule this week.  Perley E. Wright has had his three trucks in commission each night.  Some fine grade apples have been in these loads.

“Forrest White, John Fletcher, Robert Abbot and Morton and Gordon Seavey went camping at Forge pond from Saturday until Tuesday this last week.  The weather for this outing was most unfavorable, but the boys report a good time.

“Alfred and Bertram Sutherland have gone to Lynn to work, expecting to take a three years’ course in … tool-making and die-sinking….

“John H. Fletcher went to Exeter, N.H., this week, where he is enrolled as a student at Phillips Exeter academy.

“Harry M. Grumb is at home from the hospital and bravely taking up daily responsibilities with but one of his eyes.  The other eye, which was so severely injured, had to be removed.

“A very pleasant party was given by Mrs. Donald M. Cameron at the Cameron summer home Tuesday afternoon.  There were about twenty-five present and the affair was in honor of Mrs. J. L. Fisher’s birthday and also for Mrs. Mary E. Calvert, whose birthday anniversary was near at hand.  Among the guests were at least six ladies who were eighty years young and who for the afternoon certainly carried their years lightly.  Pleasant sociability, music, games and delicious refreshments made up the afternoon’s enjoyment.

“About Town.  The Abbot Worsted Co. at Brookside are excavating with a steam shovel the trench for piping the water supply to their Brookside property.

“Donnelley’s store at Brookside is being enlarged to efficiently meet the requirements of the growing village and growing trade generally.

“A service in memory of Corp. Geo. Ralph Quessy, a soldier in the world war, was held at the square, West Chelmsford, last week Thursday evening when the Grange planted a blue spruce tree.  The school children were present and carried flags, the large flag presented to the school by Mr. and Mrs. Quessy was borne by six of the older boys.  Six former service men were present and grouped around the tree made an inspiring impression.  The exercises opened with a song by the school children, ‘America, the beautiful,’ led by Sumner Edwards and Howard Carlson with cornets.  Rev. E. Ambrose Jenkins of North Chelmsford then gave a stirring patriotic address which was listened to by the large audience.  Rev. J. H. Parker led in prayer and pronounced the benediction.  Corp. Quessy was well known in Westford, having lived with his parents at Westford Corner several years ago.

“Norman Whitten at the Whitney farm on the Lowell road lost a valuable horse Tuesday.  It had been sick several weeks.

“The First Parish church opened last Sunday with a good attendance.  Special music was provided.  On Sunday, September 19, the service will take place as usual at 4 pm.  Rev. Frank B. Crandall will officiate.  The subject will be ‘A Parable from the life of the bee.’  The preacher will draw a lesson from the bee of even deeper import than the usual lesson of industry.

“Forge Village.  Among the students to attend colleges in the vicinity of Boston this year are the Misses Caroline and Mildred Precious, who will attend Boston University; Miss Ethel Collins, who enters Radcliffe, and Miss A. Pamelia Precious at the New England Conservatory of Music.

“The opening soccer game of the season was played on Saturday afternoon at Abbot Worsted athletic grounds between the Lynn Gas and Electric Light, who were known last season as the Lynn Hibernians, and Abbot Worsted.  A fine crowd witnessed the game which ended in a victory for Abbot with a score of 1 to 0.

“Graniteville.  Many of the baseball fans from this vicinity visited Ayer on last Sunday and took in the ball game between the Ayer town team and the fast Concord Junction club.  The Ayer club were the victors by the score of 1 to 0.  It was certainly one great game, and a very large crowd was in attendance….” 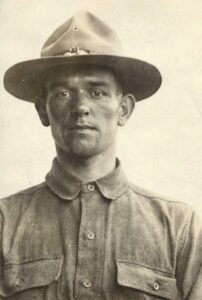