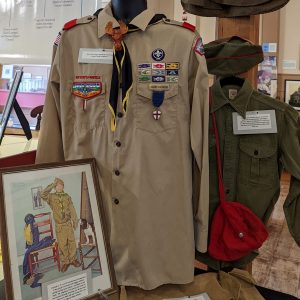 It is difficult to determine the exact dates of when the first troop in Westford was established. The Westford Wardsman (1906-1916) states that in 1911, Westford Academy Principal Dexter Coggshall organized a group a boys that they called “Boy Scouts”. At the start, there were 16 boys in total separated into two “divisions” or “patrols”. One patrol was led by Leon Hildreth and the second was led by Edward Blodgett. The boys kept busy playing field games and even competed against Westford Academy. Service to the community was evident early on with the Boys Scouts helping on in the Memorial Day and Fourth of July celebrations in 1912.

1912 was the year when Troop 1-W was officially chartered under the Lowell Council. That year, scouting really took off in Westford under the direction of Scoutmaster William C. Roudenbush and assistant scoutmaster Alfred Tuttle. Roudenbush and Tuttle changed the purpose of the meetings and started to teach the boys the principles of Scouting. Nicholas Anderson, BSA Troop 159 (2022) 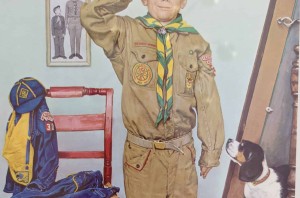 History of Scouting in Westford

Origins of Scouting The origins of scouting date back to 1907 when Lord Robert Baden-Powell founded the scouting movement in England. In 1909, Chicago publisher, William Dickson Boyce, was visiting 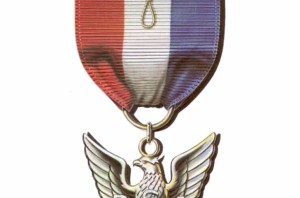 Eagle is the highest rank in Scouting.  Currently, it requires a Scout to be active in the troop, complete 21 merit badges, serve for 6 months in a troop leadership 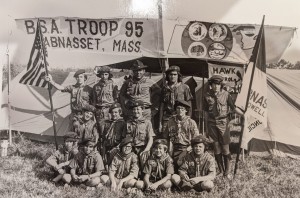 Westford BSA Patch Historic Trail Awards. Established in 1956 to promote citizenship. It is awarded for studying about, hiking or camping along, or performing a service project on a historic 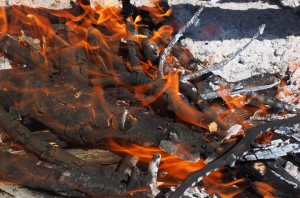 Campfire ashes stored in an old film canister CAMPFIRE ASHES   Ashes taken from a campfire are sprinkled into the flames of the next campfire.  The next morning, when the