“Center. A very enthusiastic meeting of Post 159, [American Legion], was held last week.
The new legion buttons were distributed and plans for the big dance on New Year’s eve at the
town hall were made. Another meeting was held in Graniteville on Tuesday evening.
“On Friday evening, January 9, under the auspices of Westford academy, a most attractive
entertainment is being planned, when Edward Brigham, dramatic reader and basso profundo, will
be the entertainer.
“A gang of men are at work removing the rails of the branch line electrics in the village.
“An alarm was sent in Wednesday afternoon for a fire at the home of Timothy Sullivan on
Boston road. The firemen made a quick response and it proved to be only a chimney fire and was
soon under control. The alarm was given by some men passing in a truck. With the high wind
blowing much apprehension was felt by the Sullivan family and in addition to the good work in
calling for help through the telephone exchange the church bells were rung as a general alarm. A
large amount of smouldering [sic] soot was taken from the chimney and all were thankful that no
serious damage was done.
“This is the special week for the sale of Red Cross Christmas seals. The money received by 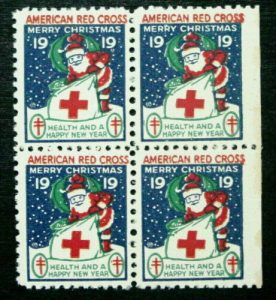 the Red Cross from the sale of these seals goes to help fight tuberculosis. Miss Crocker, of the Frost school, is in charge for Westford Center, and it is not too late to buy what you can.
“J. Herbert Fletcher is deploring the loss while out hunting of his favorite hunting dog, ‘Jack.’
“Tadmuck Club. Guest night at the Tadmuck club proved a very pleasant event this
season…. The president, Mrs. William C. Roudenbush, called to order and extended a gracious
welcome. Miss Helen Quigley, of North Chelmsford, was the soloist for the evening and sang a
graceful trio of songs. J. L. Harbour was next introduced and gave his lecture ‘Blessed be
Humor.’ He proved a happy choice as the evening speaker for he proved a prince of good
entertainers and gave his audience a delightful hour or more, telling first of the place humor
should have in these tense days, and then giving a running fire of anecdotes, stories, etc., many
out of wide experience as a lecturer from coast to coast in this country. These were all given in
kindly vein never in sarcastic fashion. Later in the evening Mr. Harbour met many during the
social hour and proved a most pleasant entertainer to meet.
“About Town. The last meeting of the Grange was open to the public, who availed
themselves of the opportunity to hear F. A. Hanscom of the Grange give his interesting
description with views on Yellowstone Park. It was so good and life-like that it seemed like a
personal visit to the park. The next meeting will be held on Thursday evening, December 18, and
will be observed as Christmas night.

“Oscar R. Spalding is cutting off a pine lumber lot at Carlisle station in the extreme southeast
section of the town, close by where Littleton, Acton, Carlisle and Westford boundary lines
converge. Mr. Spalding has not decided whether he will saw or load the lumber in log form into
the cars, the lot being located near the tracks of the Hartford and New Haven railroad.
“The branch electric railway from Westford to Brookside is being dismantled for
discontinuance. The large working car and force of men are pushing towards the Center, where
the work of stripping the road will begin. The Fitchburg and Lowell street railway are in charge.
“Haying still goes on in several parts of the town; some are cutting the frosted second crop and
some the frosted first crop of meadow. Some of this lateness is chargeable up to absentee on state
guard duty in Boston.
“Graniteville. The Abbot Worsted Co. has posted notices to the effect that there will be an
increase in wages in its three mills, effective from December 1.
“The Ladies’ Aid society of the M.E. church met with Mrs. Harry Ingalls on last week
Thursday afternoon. At that time the members took the squares to be used at the quilting party to
be held later.
“Post 159, American legion, held a very important meeting in the firehouse here on Tuesday
night….
“Forge Village. Mrs. William Cushaine [probably Courchaine] is in charge of the sale of
Christmas seals for the Red Cross in this village. Anyone wishing to purchase any of these seals
may obtain them at the following headquarters: Mrs. O’Clair at Cameron school, Abbot Worsted
Co.; also, at the postoffice….”