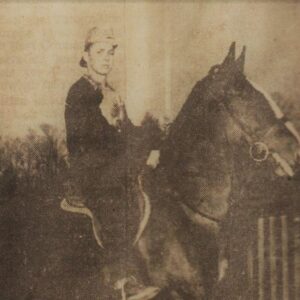 The first reference to Westford Academy being called the Black Knights emerged in an article that appeared in the Lowell Sun on September 15, 1956. The article simply referred to W.A. as the Black Knights “as they will be called from now on.” There was no mention of where the nickname may have originated from.

Although the Academy was only named the Black Knights for three short years, there were some colorful stories during its brief history. One occasion occurred on October 27, 1956 during a football game between Westford Academy and St. Anthony’s from Manchester, New Hampshire that was played at the Abbot Field in Forge Village.

During that game, the Black Knights were leading St. Anthony’s 21-0 in the second quarter when the St Anthony’s coach felt there was a bad call against his team. After complaining to the officials, Manchester’s coach had his squad line up on their own forty-three yard line and then march in perfect formation to their waiting team bus and left the field and headed for home. Under regulations, the officials then waited two full minutes before declaring the game a forfeit. Westford officially won the game by a score of 1-0. It is probably the only time in Westford’s history where the football team won by a score of 1-0. 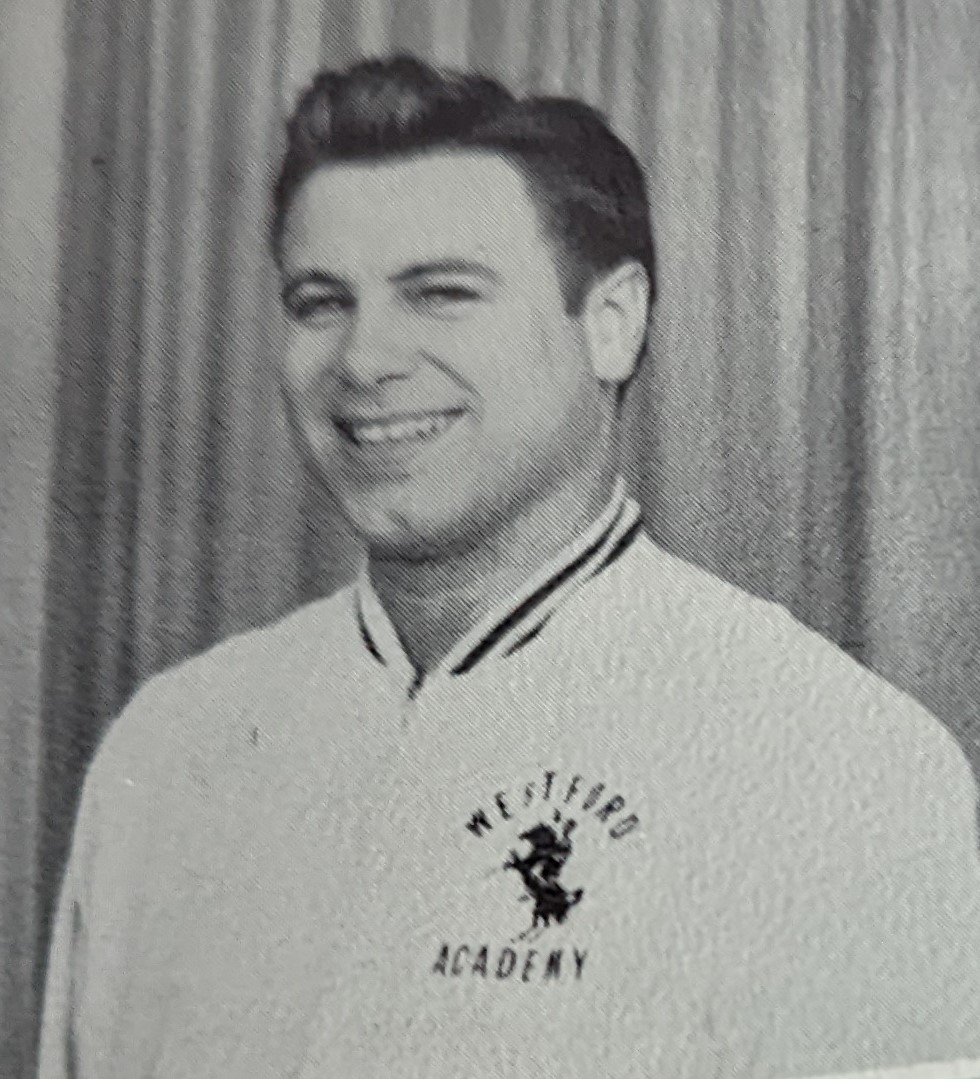 In the fall of ’58, Coach Chet Steele replaced Vic Archambault as football coach and athletic director. The 1958-59 school year would also be the last year the school would be called the Black Knights. The ’58 football season would also be the first year the football team would play at the field at the new (now known as the Abbot School, 25 Depot Street) Westford Academy field.

In 1959,  the school got new grey and maroon uniforms and changed their name to the Grey Ghosts. The Grey Ghosts nickname most likely came from the television show “The Gray Ghost” which was about a Confederate officer named Major Mosby who evaded Union troops during the American Civil War. The ’59 football season would also be the last year when Westford did not play a Thanksgiving Day football game. In 1960, the school would start a long Thanksgiving Day rivalry against Ayer High School.

Although the Black Knight mascot only lasted three years, it will long be remembered in the history of Westford Academy. Today, it is hard to imagine a school without a mascot. But since the Black Knights were the first mascot in the school’s history, it must be given credit for being the first and will be remembered as an important part of Westford Academy history and folklore. (By James VanBever, 2022)