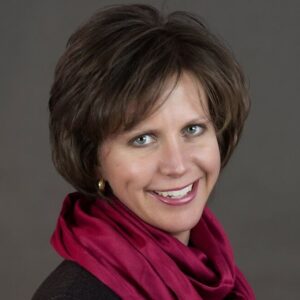 Hello Westford. Thank you for joining us for our virtual Memorial Day gathering. Thank you to Ryan Cobleigh, our Veterans Services Officer, and Westford CAT for putting together this program. Westford began gathering for Memorial Day after the Civil War as a way to honor those who have served our country and to remember those who have made the ultimate sacrifice. As we face loss and uncertainty, there is comfort in the familiar. Reading the newspaper accounts of Memorial Day ceremonies from 100 years ago, we recognize that our Memorial Day ceremony is comforting because it is familiar.

Before I begin, it should be noted that 100 years ago, The Westford Wardsman reported that the speaker at the Memorial Day Ceremony, Royal Hayes from Dracut, spoke for well over an hour, recounting the history of the United States from the time of the pilgrims through Royal Hayes’ 18 months of service during World War 1. I promise this will be brief!

In 2020, we find ourselves in difficult times as our nation and the world struggles to address the pandemic. During difficult times like these, we look to our veterans for inspiration because they know, better than any of us, the value of shared sacrifice. Connecting across time to those who have gone before us, whether by decades or centuries, helps us focus on enduring today’s struggles with the promise of freedom and prosperity in the future.

Westford was not immune from the flu pandemic of 1918 and 1919. Dozens of healthy adults passed away, including Dr. Orion Wells, who was only 38 years old. At the same time, 5% of our town’s population was serving in World War 1. That would be the equivalent of 3 classes from WA entering the service.

I would like to share with you excerpts of accounts of past Memorial Day celebrations, as reported in the Westford Wardsmen, not because the celebrations were remarkable, but because the accounts are familiar in a comforting way.

The account of the 1908 Memorial Day includes the following: It is the day on which the memory of the dead is honored by the living, with flowers and tender thoughts, and the soldier dead are honored with special and impressive services by their comrades. The public buildings and many private residences were decorated with flags.  At 9:30 the Veteran’s association formed at the town hall and proceeded to Fairview.  Capt. S. H. Fletcher was chief marshal of the day, and the veterans were escorted by the Sons of Veterans and the Nashua military band.  Conveyance was provided for the veterans by G. E. Gould’s four-horse barge, trimmed with flags and bunting.  In the afternoon, owing to the rain, it was necessary to give the band concert in the hall.  This arrangement was not so pleasant as it would have been on the common in the open air, but they gave a fine concert to an appreciative audience.

Memorial Day.  The beautiful weather and the successful carrying out of the day’s plans made the “day of memories” successful and enjoyable, notwithstanding the undercurrent of sadness this day brings to many hearts, to the G.A.R. men, and to many others, particularly to those who decorated mounds made in “God’s acre” since last Memorial day.

The veterans decorated every soldier’s grave in the four cemeteries, either Sunday or Monday, with flowers and a flag which signifies so much to the soldier heart.

1918 Memorial Day.  Memorial day, with its fuller significance, was fittingly observed last week Thursday, honor being given to the patriotic dead and to the band of surviving veterans, of which there were eight present to take part in the march and exercises at the town hall, and were as follows: Com. Wesley O. Hawkes, J. Everett Woods, Wayland F. Balch, John Wilson, Joseph E. Knight, Fred A. Hildreth, George W. Nesmith and Thomas Sullivan.

1920 Memorial Day.  Memorial day came into its own this year in charge of the Legion men who worked with the Civil war veterans.  Ideal weather conditions helped to make all arrangements more successful and the newer significance of the nations “memory day” was beautifully emphasized.

Union services were held at the Unitarian church Sunday morning.  The church was filled with people.  The decorations were effective, consisting of flags and a profusion of white and purple lilacs, which were at their best at Decoration day this year.

At one o’clock the rounds to the cemeteries were made and the graves of all the soldier dead were decorated.  The singing was in charge of Robert McCarty and the G.A.R. and A.L. services were carried out.

Monday several hundred people enjoyed the services at the hall and the concert at the common in the afternoon.  The Civil war veterans, the A.L., the Sons and Daughters of Veterans formed in line at the town hall and marched to the cavalry building in Boston road, led by the Abbot Worsted Co. band of Graniteville and Forge Village.  The line was then formed and proceeded to the soldiers’ monument where the impressive G.A.R. and A.L. services were held, including the roll call, salute and “taps” for the dead.

Today, I invite you to connect to our past and to take time to participate in our long tradition of honoring our veterans. Take a walk in our cemeteries. Visit the town common to view the memorials to those who have served. Call a veteran and thank him or her for their service. Find strength in our shared past to carry us through these difficult days. Westford has a long tradition of strength, generosity, and resilience. God bless each of you and all our veteran