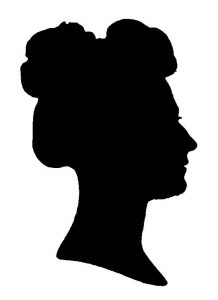 Women throughout Westford’s history have stood up for what they thought was right, whether it be improving the school system, blocking/advocating undesirable businesses in town, volunteering on a Town board, or improving the lives of individuals in some way. Westford has an abundant history of outstanding and courageous women and we will introduce you to just a few of them.  With visual assistance from the Museum’s Westford Women Dolls, you’ll hear how their lives made a difference in our town and world today, while enjoying samplings of wines from Aaronap Cellars, paired with chocolate, cheese, and sweets (non-alcoholic drinks will be provided).

The Westford Remembered Doll project began as a fundraiser by Jean Downey and other needlewomen of the First Parish Church in 1985. They created doll likenesses of 12 historic Westford women. The needlewomen researched and wrote biographical papers of all twelve women, and credited the program with launching the study of Westford women within the formal Westford school program.

$25  Ticket: Wild Women of Westford (WHS Members)
(Tickets must be purchased in advance, no tickets at the door)

Sarah Elizabeth Keyes was born in Westford in 1839; her ancestors were probably the earliest European settlers in the bounds of Westford (1664), residing on Francis Hill Road. She was the youngest of 13 children of Imal and Hannah Fletcher Keyes.

Sarah entered Westford Academy in 1852 and became a teacher. As a representative of the Westford Freedman’s Aid Society she went to Kinston, North Carolina at the close of the Civil War in October 1865 to teach freedmen, slaves emancipated as a result of the Civil War. After much hardship, Sara became ill (consumption), died there on June 5, 1866 at the age of 26 years and 11 months, and was buried in Kinston.

Born in Keighley, Yorkshire, England in 1894 where she worked in textile mills starting at age 12. Developed scarlet fever while working in mills but did recover. Immediately after her recovery Emily and her family (nine younger siblings) sailed to Boston. The family arrived in 1908.

The Abbot Worsted Company sponsored large immigrant families with the expectation that the children would work in the mill as soon as they were old enough.

Emily began work at the Abbot Worsted Co. at age 15. She worked 10 hours per day, 6 days a week and received $ 4.80 per week. All her siblings worked there as well.

At age 40, she married Joseph Blott,. There were no children. She worked at the Abbot Company until it closed

Ellen’s family moved to Westford moved to Westford from Dunstable so that she could attend WA. Her family operated a general store in the Center. She graduated from WA in 1862. Particularly interested in nature studies, making maps, drawing and descriptions of Westford topography, streams, plants, and animal life, she was called an “ecofeminist.”

She received an A.B. and M.A. from Vassar College, and in 1870 Ellen was admitted to MIT as a special student in chemistry. Ellen became the first woman to graduate from MIT, and worked at MIT as the first female instructor until 1883. Ellen married colleague Robert Richards in 1875.

Ellen Swallow Richards was a leader in air and water sanitization, home sanitation, euthenics. She christened the science of “Oekology” (ecology), founded the American Home Economics Association, and the organization now known as American Association of University Women. She greatly influenced the cause of women’s rights and scientific education.

Born in Rocklane, Indiana on a dairy farm. She received an R.N. degree at University of Indiana, and joined Cadet Nursing Corps during W.W.II. Jean completed her nurse’s training with a specialty in psychiatric nursing.

Jean and her husband, Rev. George Downey, were involved in civil rights and race relations before these movements were popular.

In 1967, the Downey’s moved to Westford with their 5 children, where George served as minister of the FPCU for 21 years. During her tenure in Westford, Jean worked on several projects, most notably the box project to fight poverty in rural Mississippi. She also served on Human Services Committees while a Westford resident.

Also, please join us in honoring Ellen Rainville, a modern Westford Woman who has contributed much to shaping all our lives.

$25  Ticket: Wild Women of Westford (WHS Members)
(Tickets must be purchased in advance, no tickets at the door)

We’d like to thank Middlesex Saving Bank and Westford Family Funfest
for their support of the “Wild Women of Westford”.