“Center. The Unitarian church will reopen Sunday after the summer’s vacation…. 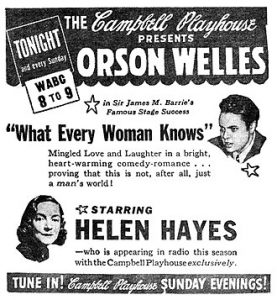 “The reading circle of the Tadmuck club, Mrs. Edith L. Hildreth, chairman, met with Mrs. A.
H. Sutherland on Wednesday afternoon of last week. J. M. Barrie’s [author of ‘Peter Pan’] three-
act play, ‘What every woman knows,’ in which Maude Adams became famous as a star actress,
was the play read and much enjoyed.
“An interesting real estate transfer is the sale of the C. A. Hamlin house [2 Hildreth St.] by the
Hamlin heirs, Mrs. Gertrude Hamlin Lord and Mrs. Evelyn Hamlin Reed, to Robert Prescott. Mr.
Prescott buys for occupancy.
“An interesting group of little people of this village started this week on the long road of
learning. These are in Miss Maude Robinson’s class at the Frost school and are Inez Blaney,
Harold Wright, Huntington Wells, Elaine Skidmore, Betty Sargent, Howard Anderson and Edgar
Peterson. Miss Robinson, who is taking Miss Edith Wright’s place while the latter is
convalescing from sickness, reports a large class, forty-five at present, and perhaps more by the
time the school gets well started.
“Morton Seavey is taking a post-graduate course at the academy.
“Miss Marjory Seavey, who graduated from Boston university in June, is to teach in Groton at
the high school.
“The Edward M. Abbot hose company held its monthly meeting Tuesday evening at the fire
house. The heavy rain prevented any try-out or hose drill, but several matters of business
concerning the coming winter were discussed, which will probably show results from time to
time.
“A very successful dancing party was held in the town hall last week Friday evening, managed
by a committee of young ladies…. Those in charge of the affair were Misses Frances and Alice
Wright, Misses Hazel Hartford, Marjory Seavey and Lillian Sutherland.
“There were two games of baseball at Whitney playgrounds on the holiday. The Chelmsford
team met the first defeat of the season at the afternoon game.
“Mrs. Knight has again taken the group of out-of-town school teachers to make a pleasant
boarding house [on Lincoln St.] for them. There are five of them. Miss Crocker, who is the new
principal at the Frost school; Miss Stevens, the new teacher for the seventh and eighth grades;
Miss Crane, the new teacher at the academy, and Misses Cohen and Ranney, who are old friends
in the schools and community.
“George F. White, a member of the New England Ayrshire Breeders association, is exhibiting
some of his thoroughbred stock at the autumn fairs with gratifying results. At the Maryland state

fair at Pamonium his registered bull, ‘Diplomat,’ has this week taken first prize also the junior
champion prize, and this where the competition among the entries was especially strong….
“After an interim from drills … Capt. Robinson of our local Co. H, 11th regt., formerly Co. L
of the 19th regt., are about to commence the fall period and will meet at the armory next Tuesday
evening at 7:45 o’clock. The good record and good discipline of the personnel of this company at
the State house in being chosen over the large companies to remain in the State Guard has been
an honor and the members are urged to respond to Capt. Robinson’s call for drill. There is also
business of importance to come up.
“About Town. Rev. Charles P. Marshall, well remembered as a minister of the
Congregational church here [1905-1910], has resigned his pastorate of the Pilgrim church,
Plymouth, and accepted a position with the Pilgrim Cordage Co., Plymouth.
“An airship flew over Westford one day last week. As there is an aviation station at Bedford
we may see more of them.
“Forge Village. St. Andrew’s mission will reopen on Sunday afternoon with services at 4:30.
“Many parties were planned for the beaches for the holiday but were called off owing to the
rain.
“Graniteville. The Sargent school opened for the fall term on Tuesday, September 2. The
staff of teachers is composed of Miss Issie Parker, Miss Libby, Miss Mildred Clevette and Miss
Veronica McNiff.
“The Abbot Worsted Co. baseball club closed the season here on Labor day afternoon when
they met with defeat at the hands of the St. Peter’s A.A. of Lowell in a fast twelve inning game
by the score of 5 to 3…. The Abbot Worsted Co. team has had a very successful season, winning
10 out of 14 games played with good fast teams.
“The Abbot Worsted Co. will hold a field day in Forge Village on next Saturday for the
employees in their mills in Graniteville, Forge Village and Brookside. The U.S. Cartridge Co.
band will furnish music and a fine list of sports will be run off…. No admission fee will be
charged.”