“Center. New telephones added to the local exchange are Miss May Lord, 109-4, Prospect
Hill garage, 53-3, Clarence Hildreth, 53-4, Eva M. Fuller, 5-3, Edward Clement 107-3, Joseph
Thifault, 44-5.
“Help was called Wednesday about six o’clock for a fire at the Cold Spring woods near the
railroad. The fire truck and a good group of men made a quick response, but after about an
hour’s work the fire, which was caused by sparks from an engine, in conjunction with the dry
weather, was under control and left in charge of the section hands of the railroad.
“A new ruling from those high in authority is that at the time of a fire no information is to be
given out from the local telephone exchange. Only questions to the firemen are to be answered.
While this might seem a bit arbitrary the reason is obvious. If the switchboard is crowded with
requests asking about a fire, it is impossible for the operators to do efficient work in rounding up
the firemen.
“The so-called daylight saving goes out of effect at two a.m. Sunday morning. Don’t forget to
set all time pieces back one hour Saturday night.
“Schools closed this Friday for the Teachers’ convention in Boston. Misses Crane and
Connors of the academy were in attendance and Misses Crocker, Ranney, Tuttle and Wright of
the Frost school, also went to Boston for the gathering.
“Principal Roudenbush went to Worcester Friday, Saturday and Sunday for the older boys’
conference of Y.M.C.A. members. John Kimball and Eric Anderson of the academy went as
delegates….
“Wednesday, October 27, was the anniversary of the birthday of Theodore Roosevelt [born
1858], and at the J. V. Fletcher library his pictures and books were placed in special evidence this
week by the librarian.
“At the Massachusetts Agricultural college at Amherst a fine new woman’s dormitory has
recently been dedicated containing eighty rooms. At the dedication some excellent speaking and
presentation of keys to President Butterfield took place. This is of interest to Westford people
from the fact that each Grange in the state is entitled to one representative in this new building to
the extent of its accommodations and Westford and Westford Grange is represented by Miss Edna
Sargent, who enjoys one of the rooms in this fine new building.
“The recent [voter] registration shows about 330 names, of which the majority are women.
The Women’s League of Republican voters, which has made such a faithful canvass of the town,
urges all the new voters to do their duty next Tuesday at the polls, which are open from 6:30 a.m.
to four p.m. A good time suggested for these new voters are the hours from the middle to the last
of the forenoon. Vote promptly, intelligently and according to your best judgment.

“About Town. Miss Ella T. Wright left her summer home in Brookside Sunday for her home
in Cleveland, Ohio. We reported last week that she had gone to Hot Springs for her health. The
first she had heard of it was when she called us on the phone and we informed her that she was at
Hot Springs. We do not feel like apologizing for this news that didn’t happen. We can only say
that we got our news that didn’t happen under the roof of Miss Wright’s summer home at
Brookside.
“Fire destroyed the portable sawmill owned by Hugo T. Page, Sunday evening. The fire is
thought to have caught from a spark from the engine. The loss is estimated at $1500, mostly
machinery. The building was a temporary affair. The mill was located about a half mile north of
Westford depot.
“Grange Meeting. There was a large attendance at the Grange last week Thursday evening.
Visitors were present from Harvard, Lowell, Tyngsboro, Chelmsford, West Chelmsford, Dracut
and Tewksbury….
“Westford Grange has invited Boxborough and Chelmsford Granges to a neighbors’ night
entertainment next Thursday evening. The visitors will furnish food for the night and Westford
Grange will furnish food to sustain thought in action.
“M. E. Church Notes. The M. E. [Methodist Episcopal] church was the scene of a large
gathering here on last Monday evening, the occasion being the dedication of the new organ. In
order that all might have the pleasure of hearing this fine instrument the pastor, Rev. W. E.
Anderson, secured William C. Heller, organist of St. Anne’s church of Lowell, to give a recital.
Mr. Heller presented an excellent program that was varied enough to suit all….” 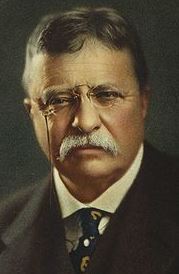