“Center. Dr. and Mrs. Fabyan Packard have been staying at the home of Mrs. Alice M. Wells
while their home at Graniteville was being put in readiness for their occupancy and where Dr.
Packard is to practice.
“Unusual gardening experiences are always of interest. Mrs. Arthur E. Day picked one of the
pleasant fall days this week five quarts of strawberries of the ever bearing variety and two boxes
of raspberries.
“William E. Wright brought into the post office Wednesday a Wolf River apple weighing
eighteen ounces and of fine color and shape. We are told there are a good many more of these
high grade Wolf Rivers in some of the Westford orchards.
“In reporting prize taking animals we should include ‘Judge,’ Dr. Coburn’s pedigreed
Airedale, who took first prize at the Groton fair last week and Miss Marjorie Cameron’s wire
haired fox terrier, who also was awarded a first prize.
“Pleasantly Entertained. George F. White and Dr. Harry C. Coburn went to White River
Junction, Vt., Monday and Tuesday of this week. Dr. Coburn’s kinspeople live near this place
and they were pleasantly entertained at the homes of the doctor’s mother and sister and also
attended the big fair at White River Junction where Mr. White’s registered Ayrshires were on
exhibition. These fine animals won some good honors. ‘Diplomat,’ the sire of the herd, won the
first prize and ‘Princess’ and another young cow also secured the desirable blue ribbon first
prizes, and seven second prizes were awarded other animals of this show group of eleven who
have been making the rounds of the fall fairs in charge of their caretakers, Messrs. Taylor and
Kirkby. At the Eastern States exposition at Springfield last week ‘Diplomat’ took first prize and
this in spite of the fact of the strongest competition of other exhibitors….
“. The annual agricultural fair, an autumn event of many years’ standing,
under the auspices of the Congregational church, took place Friday afternoon and evening….
The varied exhibit of vegetables, fruits and flowers was much enjoyed. There were the choicest
of different varieties of apples from Westford’s well-known orchards and many farms were
represented in the vegetable display. A. A. Hildreth had an enterprising individual exhibit in
which were counted over forty kinds of fruits and vegetables….
“Forge Village. Abbot Worsted Soccer football team enjoyed another victory on Saturday
afternoon when they defeated Smith &amp; Doves of Andover in a score of 2 to 1….
“Graniteville. A fine soccer football game is scheduled for Saturday afternoon, October 2,
when the speedy Abbot Worsted Co. club will meet the fast United Shoe eleven of Beverly at the
Abbot athletic field in Forge Village at three p.m. Both elevens are tied for first position in the
Industrial league and the game on Saturday will surely be a hummer.

“Field Day. With summer weather prevailing and under ideal conditions, the second annual
field day given by the Abbot Worsted Co. to the employees of their mills in Forge Village,
Graniteville and Brookside, was held at Abbot park, this village, on last Saturday afternoon and
fully 1500 people were present, not forgetting the children.
“The first number on the program was a selection by the Abbot Worsted Co. band, J. P.
Larkin, leader. Then the married and single men lined up for the ball game, which the single men
won by the score of 11 to 4….
“About this time the man with the hurdy-gurdy arrived and as soon as he ‘cranked up’ there
was a grand rush to him by the children that enabled the others to get near the refreshment
table….
“The sporting events were closely contested and the winners heartily applauded. The sack and
obstacle races caused much merriment….
“The Abbot and Cameron families were present and entered fully into the spirit of the affair.
Cheers were given for the company for the excellent time provided, for all appreciated what was
done by the Abbot Worsted Co.
“About Town. The road department is doing efficient and economical work in filling with
gravel the depressions and ruts on the Lowell road. This is being done and wisely done in
conformity to the old adage, ‘A stitch in time saves nine.’ …
“The Abbot Worsted Co. have nearly completed laying pipe from Westford Corner to
Brookside for the new water supply system….
“Mrs. Alice Lambert was awarded first premium at Groton fair for best display of
watermelons. We were not aware that any watermelons were raised in town. Had we they would
not have been on exhibition at the Groton fair. Among the other exhibitors from Westford were
F. A. Hanscom and W. Otis Day with poultry and Gordon Seavey with vegetables in the
children’s department….” 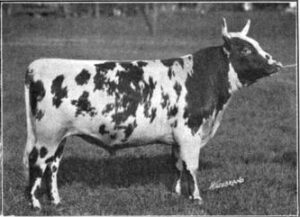