“Center. We note in a recent copy of the Boston Herald that at a recent meeting in Tremont Temple Miss Florence Barnard, of the Brookline school department, stated that a teacher needs $1800 a year for proper maintenance. This amount was figured out on a blackboard into items and all present agreed upon the result. Miss Barnard began her teaching after graduation from college at Westford academy and has always visited and retained her interest in the Westford friends.

“Arrangements were made to go down and get members of the state guard on duty in Boston to come up and vote on Tuesday. Perley E. Wright and Perry E. Shupe did the transporting back and forth.

“Perley E. Wright and John Feeney continue with their regular trips to Boston with apples.
“It went without saying that every thinking person was interested in the election on Tuesday and a good vote was the result. For governor [Calvin] Coolidge 264, [Richard] Long 104; lieutenant-governor, Cox 258, Herbert 90; treasurer, Burrell 217, Wood 115; senator, Putnam 234, Sparks 127; representative, Perham 134, Wilkins 219. A number of interested citizens remained at the town hall Tuesday evening until a report of the outcome of the day’s voting was heard from.

“The tax collector reports the best collection of the town’s taxes to the present date of any in the years that he has been collector. Of the amount of the total levy, $44,187.06, there has been collected and paid to the town treasurer, $40,893.52, leaving a balance to collect of $3,293.54. Interest at the rate of 6% from October 15 began November 1 on all taxes not paid by then.

“Aside from the entertainment by the academy students at the town hall, Halloween night passed off quietly, there 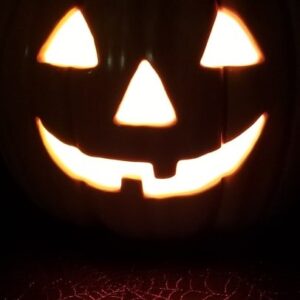 being no special parties. The young people were out in the evening with their jack-o’-lanterns, getting all the fun out of the occasion they could.

“Graniteville. Quite a number of local soccer football fans visited Forge Village last Saturday afternoon when the smoothly working Abbot Worsted Company met and defeated the Lynn Hibernians in the first round for the national championship by a score of 3 to 2. The Lynn eleven is thus eliminated from the race. It was a fast game from start to finish and the fans present from Lowell, North Chelmsford and surrounding towns enjoyed the game to the limit. This Saturday the Abbot team will play a league game in Lawrence.

“The Halloween crowd did a lot of damage here on last week Friday night and on future occasions of this kind it would be well to have a few special policemen on duty throughout the town.

“Mr. and Mrs. William F. Buckingham, who were married recently, were serenaded at their home on Broadway Monday evening by the members of the Abbot Worsted Company band. After playing a few choice selections ‘Bucky’ responded by setting up the cigars. Another selection was then given by the band and after giving three cheers for the newlyweds the band resumed practice at the hall. It seemed like old times to have the band come out on occasions like this.

“Forge Village. Malcolm Weaver, who has been very ill with diphtheria, is now on the road to recovery.
“The next meeting of Loyal Mattawanakee lodge, I.O.O.F., M.U., will be held on Thursday evening, November 13, at 7:30 o’clock at St. Andrew’s mission house.

“Rev. Leslie Wallace of St. Andrew’s mission read a very interesting letter from the bishop of West Texas on Sunday, telling of the serious results of the recent flood and asking help for his parishioners. It was also announced that Bishop Babcock, of Boston, will visit the church here sometime in December for the purpose of confirming all those who are prepared for confirmation.

“Nurses Report. The following is a report from the board of health nurse to the Westford board of health, showing in detail the amount of work done and number of visits made during the month of October: Six cases of scarlet fever, 1 case of diphtheria and 4 cases of impetigo reported; 1 case of German measles was carried over from last month; 1 house fumigated and quarantine lifted; number of visits made by the nurse, communicable diseases 68, advisory and observation 23, sanitary 4, social and business calls 11, minor operations 2, baby welfare 12, nursing visits 15, number of school visits 34, school children visited in their homes 74.
“In the different schools there were 149 office consultations for advice and minor ailments, six children were taken to Ayer to dentist, one child taken to have eyes examined.”