“Center. Street Superintendent McDonald has had the hollows along the main street of the
village filled with gravel, which does much to improve conditions.
“George F. White had an unusual display in the show windows of his garage in Lowell on
Thursday. ‘Diplomat,’ Mr. White’s prize Ayrshire bull, and ‘Princess,’ a prize heifer, were on
exhibition from ten o’clock in the morning until five in the afternoon, and the public had an
opportunity to see what probably was never seen in a showroom in Lowell before—a bull. These
animals are used to travel and have been seen by many thousands of people this fall at the fairs in
various states from Massachusetts to South Carolina. They have been shown nine consecutive
weeks and came home with many honors, the bull having taken first prize at seven of these fairs,
five junior championships and one grand championship. Mr. White is completing the extensive
rebuilding for the housing of his registered herd of Ayrshires at his Westford farm.
“Alexander Cameron had a telephone installed this week at the Cameron homestead, where he
is spending the winter—42-13.
“During the high wind of Wednesday evening a telephone pole blew down in front of the
McDonald house on the Chelmsford-Littleton road.
“That very interesting book, ‘[Theodore] Roosevelt’s letters to his children,’ [1919] has been 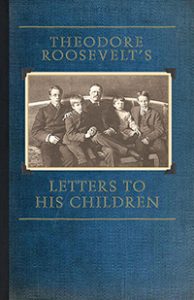 added to the J. V. Fletcher library.
“Eighteen more of the members of the state guard were released and came home Sunday, after
ten weeks of duty. They were conveyed by auto from the city. Those left on duty in Boston are
William Flagg, Clifford Johnson, Bertram Sutherland, Charles Roby and William Ledwith….
“Annual Supper. The annual supper of the Congregational church took place Friday evening
of last week at the town hall. One hundred and forty occupied places at the tables for the supper
served at 6:30. The supper coming in victory week runners of red, white and blue on the tables
gave the patriotic touch. After the menu had been well discussed John P. Wright presided and
introduced Rev. Mr. Puddefoot of Boston, keen, alert and original at nearly four score, who spoke
on ‘Why I am an optimist.’ John P. Wright gave an interesting account of recent state guard
experiences in Boston and Rev. David Wallace of Sterling, a former pastor, brought greetings and
spoke earnestly on ‘Service.’ Music was furnished by the Mendelssohn quartet of Lowell.
“About Town. Tuesday, about midnight, Mr. Cutting, who lives on the Amesberg farm,
while returning from Lowell in his automobile, ran into the deep ditch on the Stony Brook road
soon after turning from the Lowell road. The lights became extinguished, which was the real
cause of running into the ditch. The machine, uninjured, remained there until morning, when by
horse power it was drawn to the road. The road is narrow and the ditch is deep at this point. The
east side of the road should be widened even for safety [sic] daytime travel.

“The heavy chestnut lot on the Lowell road, beyond Chamberlin’s Corner, owned by Oscar R.
Spalding, is being cut off so that Chestnut hill, as it is called, will be less a chestnut than the past
has properly called it.
“Graniteville. L. H. Stone, the candy dealer from Littleton, had a narrow escape from serious
injury on last Saturday afternoon when the automobile he was driving was struck by the engine of
the four o’clock freight at the crossing in West Graniteville, near St. Catherine’s church. This is
known as the ‘Red Line’ railroad crossing and is a rather dangerous spot. Mr. Stone was driving
from Forge Village to Graniteville and was unable to see up the track owing to the woods on the
left. He had nearly crossed the track when the locomotive struck the back part of the auto,
turning it completely around and up against the stone wall on the opposite side of the track. The
machine was badly wrecked, but Mr. Stone remained in the car and was uninjured….
“Part of the mill pond was frozen over for the first time this season on last Saturday night.
“Forge Village. On Saturday afternoon in a hard fought game the Abbot Worsted team
defeated the Methuen players 1-0 in the Lawrence and district league before the largest crowd of
the season. One of the features of the game was the fine work of Morley the Methuen
goalkeeper, who saved a great many wonderful shots from Abbot’s forwards. After twenty
minutes of play Clegg of Abbot scored the only goal, after clever footwork…. The goal of the
home team was never in danger, because of the fine work of the backs….”