“Center. William R. Carver has replaced his Hudson touring car with a new one of the same make. 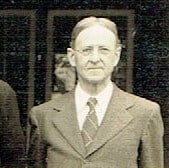 “Principal William C. Roudenbush is attending the commencement exercises at his alma mater, Williams college, leaving this Friday morning.
“Perley E. Wright has purchased another Reo truck to help him out in his carrying produce to Boston.
“Last week Thursday was a red-letter day in the annals of the Ladies’ Aid society. They had their annual field day which was held at Forge pond at the hospitable camp of Mr. and Mrs. G. W. Goode. These cordial hosts did everything to make it pleasant for their guests, and the ideal weather was an added factor toward the success of the outing. Every member present was indebted to Perley E. Wright for carrying twenty-four of those present to and from the pond in his auto truck, comfortably fitted out with seats….
“A good number from Westford responded to the lure of the circus either Monday afternoon or evening in Lowell. One gracious and generous hearted lady in our village gave twenty-one little people a trip to the circus and additional treats. Taking her own automobile with a group of children, including her own little son and daughter, she also arranged for two other machines to carry the rest, making up the twenty-one. All who went pronounced the menagerie and the performances all that the circus should be.
“Owing to the spread rails and the unsafe condition of the roadbed the branch line electric is not in operation, for the present, at any rate.
“Oiling of the streets is promised for the latter part of this week. The gardens and hay crop which have been so promising are beginning to be much in need of rain.
“Graduating Exercises. The graduating exercises of Westford academy took place on Wednesday forenoon at ten o’clock, with good weather and a high standard of excellence in all the exercises. The platform was handsomely decorated with green, the national colors and the timely motto, ‘Carry on,’ in the class colors of old rose and gray overhead. At the back of the stage was the academy service flag and on a flag-draped easel the honor roll of the academy, containing forty-four names. The class flower was the Ophelia rose….
“The diplomas [to four graduates, Ruth Sargent, Ethel Ripley, Ethel Collins and Morton Seavey] were presented by Judge Frederic A. Fisher of the Alumni, and the program closed with the singing of the class poem to the tune of ‘Fair Harvard,’ and written by the valedictorian, Miss Collins….
“A reception for the graduating class followed in the town hall, and a luncheon was served by the D. L. Page Company. After the reception a meeting of the Alumni association was held in the upper hall.
“In the evening the graduation dance was well attended and was a most enjoyable affair. Markham’s orchestra of Lowell furnished music for the dancing.
“About Town. George C. Moore commenced haying last Saturday on his mill land at Brookside. The crop is heavy in quantity and heavy in quality.
“The Westford and Brookside electric car seems to have met its final derailment, Tuesday, June 17. Well, we shall miss standing in its crowded car.
“Forge Village. The brass band will hold its last rehearsal in Abbot hall next Monday evening. Plans to remodel the hall have been completed and work has already begun. The present capacity is 200 people and 20 on the stage. When completed the hall will seat 500 and 50 on the stage. An addition will be a large dining-room fully equipped and modern sanitary arrangements….
“John Hobson has arrived from overseas, where he has been with the army of occupation in Germany. He saw some hard fighting in the trenches. He arrived at Camp Devens late last week Friday night, and after getting leave of absence walked to the home of his parents, Mr. and Mrs. Albert Hobson, arriving here at 2:45 Saturday morning. He certainly received a rousing welcome.
“Drowned. Edward Campling, son of Mr. and Mrs. John Campling, of 72 Center street, Methuen, was drowned while in swimming at Burgess pond, Westford, Sunday afternoon. He went swimming with his brother Frank and two chums from Methuen, and his cousin, Edward Hunt, of this village….
“Graniteville. The Abbot Worsted Company baseball team defeated the Silesia Mills team of North Chelmsford on the home grounds here last Saturday afternoon before a large crowd by the score of 10 to 7….
“Letters have been recently received from Corp. William F. Buckingham, who is now in Germany, and he entertains strong hopes of being sent home soon. He is still playing considerable baseball over there, being connected with the Motor Corps team….”