“Center. The Fourth was unusually quiet in town, there being no special observance planned. The younger element were out the night before and the bells were rung at midnight, but little harm was done.
“Many are interested [in] the first benefit and social ball of the Westford Service club, the new organization of our men who have served in the world war. This ball … has been postponed until Friday evening, August 1. Poole’s orchestra of Boston will furnish music and by that time it is hoped that most of our boys will be back and the affair promises to be a most attractive occasion.
“Sigurd Peterson and family are moving this week to the log cabin on Prospect hill, which for lack of more commodious quarters they will occupy for the warm weather….
“Harold W. Hildreth, Leon F. Hildreth and Marden Seavey have all arrived from overseas and expect to be discharged and be with their home people any day now. J. Edward Clement is still overseas and did not know when his release from service would come.
“The townspeople are grateful for the thorough job of street oiling that has been done this season. Besides the streets in the three villages the oiling has been extended in many places in the outlying districts, all of which tends to permanent road improvement as well as temporary benefit.
“Mr. and Mrs. Charles H. Bicknell have just cause for pride in their son’s record. Sergt. Leroy H. [E.] Bicknell, now in the army of occupation in Germany, has recently received his second citation for bravery and awarded his second war cross. In his first experience last fall he captured fifty Germans besides saving the situation of his own men. Sergt. Bicknell very modestly said of this accomplishment that he had simply done the best he could. His superior officers were gone and he took charge and did what came to him to do. In his last letter to his home people Sergt. Bicknell wrote he did not know when he would get home. It looked as though he might be among the last to leave Germany.
“Miss Agnes Weir, the public health nurse, has resigned after three-months’ service. Miss Lord, of Forge Village, is to be her successor. 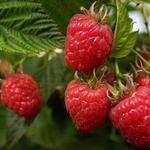 “The welcome rain came the first of the week to just about save the raspberry crop which was just coming on. Several growers with promising crops earlier were finding the berries just drying up on the bushes.
“Death. The community was greatly shocked on Monday to hear of the tragic death by suicide of one of its prominent townsmen, which took place on Sunday….
“Louis Henry Buckshorn was born in Cincinnati, Ohio, fifty-three years ago. After training for the ministry he had held pastorates in Westford, Concord, N.H. and Vineyard Haven. His recent pastorate in Westford [1915-1919] was his second here, his first being some twenty years ago, in the late nineties [1896-1899]. Of late years he was greatly interested in agriculture, especially orcharding and the raising of small fruit, and he had addressed many meetings on plant life and kindred subjects. He was also a great lover of flowers and the beautiful in Nature, as revealed in skies and trees, plants and flowers was as an open book to him.
“Mr. Buckshorn leaves his wife, Adeline Fisher Buckshorn; his only son, Fisher Buckshorn, and a step-daughter, Mrs. Elizabeth Kittredge.
“Mr. Buckshorn had been ill for some months, suffering from a nervous breakdown. His pastorate at the Unitarian church was severed in May since which time he had been especially depressed, but so tragic an outcome was not expected….
“About Town. Miss Marjorie Mitchell Seavey of this town received the degree of bachelor of arts from Boston University at the commencement exercises in Tremont Temple, Boston, Tuesday morning, June 24….
The J. Willard Fletchers had the first peas and string beans for dinner last Sunday.
“Arrives from Overseas. John A. Taylor arrived home on July 8, just one year to the very day that he left it. He arrived on the Great Northern, which made a record trip, surpassing all other ship records from New York to Brest and return in twelve days. On the Fourth of July the Great Northern was in the region where the Titanic sank and passed fourteen icebergs.
“Graniteville. The Abbot Worsted Company team defeated the Silesia Mills team in North Chelmsford on last Saturday by the score of 7 to 3….
“The mill and shop teams have already played four of their games, each club getting two games. The final game will be played this week and the winners will take the box of cigars.”

Archives from “The Westford Wardsman”