“Center. The newly appointed board of health have recently held their first meeting and
organized with Alexander A. Cameron, chairman; Miss Eva M. Lord, clerk; S. H. Balch, Miss
Lord and A. A. Hildreth, agents.
“Reports come in from three different persons of seeing robins this last week and as they are
usually considered harbingers of spring their presence is surely welcome.
“The school schedule was again upset when the storm of last week Thursday came. Schools
were dismissed at noon that day and there was no school Friday and the intermission lasted over
until Tuesday as Monday was observed as the Washington birthday holiday. Wednesday found
another severe snowstorm and no school sessions on that day.
“The monthly meeting of the Ladles’ Missionary society was entertained at the home of Mrs.
George Lawrence on Friday of last week. There was a good attendance, there being about sixteen
present. Miss Loker, the president, presided and had the praise and prayer service. Mrs.
Lawrence had charge of the program, the subject being, ‘India,’ as outlined in the year’s study of
medical missions….
“The young people had a dance and social time at the town hall the evening of the holiday.
An orchestra of four pieces from Lowell furnished music…. Leon F. Hildreth, John Fletcher,
Forrest White and Morton Seavey were the young men in charge of the arrangements.
“Those who have apples in storage and those engaged in the trucking business have been
against heavy odds with the weather these last three weeks…. Three freight cars were brought
into use this Wednesday by Perley E. Wright, the Drew farm and Edward Clement.
“The driver for Friend Bros., bakers, had a hard time getting to Westford in Wednesday
morning’s storm. Coming via Chelmsford road, his load, on runners, was upset twice. When he
finally got to town he decided that he had a load of turnovers.
“At the Congregational church last Sunday Mr. Brownsey gave an excellent sermon on the
lives of Washington and Lincoln…. 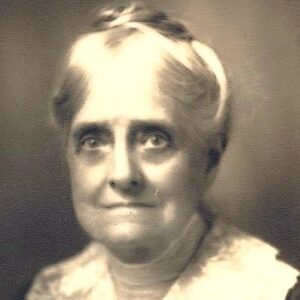 “Tadmuck Club. The meeting of the Tadmuck club on Tuesday in Library hall was in charge of the public health committee. In the absence of the president … and the vice president … *Miss
Loker, the honorary president, filled the chair with the pleasing efficiency of former times….
“About Town. Owing to the continued obstructions of snow and ice the electric cars from North Chelmsford to Brookside stop at the postoffice at West Chelmsford, which is a walking distance of a mile to Brookside in the good old summer time, or two miles in the impediments of
winter….

“Seven carloads of apples were sent by freight from Westford to Boston last week and more
are going this week. Among those who are loading in carload lots are Oscar R. Spalding,
Houghton G. Osgood, Read-Drew farm, Frank T. Johnson and Edward Clement….
“The Brookside mills closed down on Monday as a part of the holiday program for
Washington’s birthday….
“Forge Village. On Sunday afternoon there will be Sunday school and service at the usual
hour at St. Andrew’s mission at which Rev. Endicott Peabody [founder and headmaster of the
Groton School], of Groton, will preach.
“Several more cases of influenza are reported in the village, mostly among the school
children….
“Memorial Service. A memorial service was held in Abbot hall [Forge Village] last Saturday
afternoon in honor of the men who made the supreme sacrifice in the recent war. The French
government being desirous of conferring certificates on the parents or next of kin of the deceased
as a token of its appreciation of services rendered, requested that a special day be set aside in this
country on which to hold this memorial. The birthday of George Washington, February 22,
appearing a most appropriate occasion was accordingly devoted to this purpose.
“Westford post, A. L., was in charge of the program for the afternoon….
“Graniteville. Joe Wall, the local fish and game warden, has recently received grain from the
Lowell Fish and Game association to be fed to the wild birds during the severe weather. Mr.
Wall will furnish this grain to all who wish to feed the wild birds.
“Ayer
“Reception to General Pershing. An event of unusual interest was the visit of General J. J.
Pershing at Camp Devens and Ayer. General Pershing arrived here Thursday morning at 10:30,
accompanied by his staff, in two special [railroad] cars, which were side-tracked near the station
during the day….
“His cars were attached to the 5:12 train west, his next stop being Troy, N.Y.”

*Sarah Whitney Loker, A teacher and an active Westford volunteer, Miss Sarah Whitney Loker (1847-1943) was a
founding member and first president (1905-1914) of the Tadmuck women’s club and also served
as president of the Ladies’ Missionary Society and head of the French Relief Workers. Courtesy
Photo/Westford Museum.