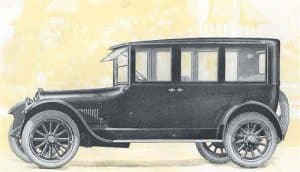 “Center. Mr. and Mrs. Henry M. Wright have been spending the week at H. L. Wright’s. They have recently changed cars and are driving a new Buick touring car. “On Wednesday evening, April 23, the Board of Trade are to have a meeting at the town hall. 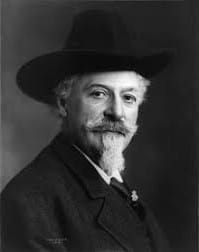 The speaker of the evening will be Simon B. Harris, of Lowell, who will give a talk on the picturesque and vivid life of ‘Buffalo Bill,’ known in private life as William F. Cody. Mr. Harris was a personal friend of the late Mr. Cody and he gives a most interesting account of their earlier life with much of interest of the history of that time of Iowa, Missouri and Kansas. Recently, when Mr. Harris was giving this talk before a large audience of soldiers at Camp Devens, he held the interest of every man. Those in charge reported that none of the men got up and went out, which is a pretty good test for an address there. To this meeting next week all are cordially invited, the ladies, the school children and any others as well as the members.“Be prepared for the fifth liberty loan. The quota for Westford is a large one. Capt. Charles W. Robinson is chairman, assisted by other members of the home guard.

“Mr. and Mrs. S. B. Watson entertained a group of friends at a very pleasant supper party on
last week Friday evening, covers being laid for ten. Mrs. Arthur E. Day was the special guest of
the evening, it being her [41 st ] birthday anniversary, and a handsome surprise birthday cake was
among the other good things served.
“L. W. Wheeler, by special request, gave a talk on apple culture before the senior class of
Westford academy last week Thursday and continued the following day by demonstrating some
of the points of the lesson to the class in his own orchards.
“The orchardists have been busy with the spring spraying of their apple trees, and much
unfavorable weather has made this task a little more difficult of accomplishment than usual.
“Mr. and Mrs. Goldsmith Conant last week welcomed two sons into their family. Morton,
aged 19 months, and Butler, aged four weeks. Both boys were named for Mrs. Conant’s paternal
grandparents.

“Forge Village. At St. Andrew’s mission last Sunday the services were in charge of Rev.
Thomas L. Fisher, of Cambridge. Rehearsals are under way for an elaborate musical program for
Easter. Mr. Fisher will preach. Services at 4:30.
“The members of the Abbot Worsted Company entertained the overseers of the mills at
Graniteville and this village last week Friday evening at a supper given in Abbot hall. After the
cigars were lighted the social welfare of the two villages were discussed. Music was given by
George D. Wilson and motion pictures concluded a very enjoyable evening.
“The arrangements for the brass band are almost completed. The committee in charge met at
the home of William C. Precious on Monday evening, when the necessary details were gone over.

It is possible that the instruments will be obtained within the next two weeks. All high grade
instruments will be used. Mr. Larkin of North Chelmsford, who has had charge of the band at the
Middlesex Training school for several years, has been engaged as director. The members will be
residents of this village and Graniteville. The Abbot Worsted Company will furnish the
necessary funds.

“Graniteville. Many from here visited Camp Devens last Sunday.
“J. Austin Healy is driving a new sedan touring car.
“The local gardeners are preparing the ground for their spring planting. It is thought that the
large number of victory gardens that were started last year will be continued this season.
“The baseball season will soon open here and Graniteville will be well represented on the
diamond this year. The first club will be known as the Abbot Worsted Company team and will be
composed of the best players in the three villages, with a strong out-of-town battery. The second
team will be composed entirely of local players, whose average age is seventeen years. It is
expected the latter club will play the first game here on April 19.

“About Town. The small farm on the Dunstable road, close to the Tyngsboro town line,
owned by Mr. Steele, has been sold to a Polander [Alex Dubinski].
“Rev. L. H. Buckshorn closes his pastorate with the Unitarian church on Easter Sunday.
“Almon J. Downing has bought the power sprayer and outfit of C. Willis Hildreth.
“Seth W. Banister, who has been in the aviation service at the German front, has arrived at
New York city and is expected home soon.”