Westford men served in various Colonial wars, and over 280 Westford men served in the Revolutionary War. They fought from the Battle of Lexington and Concord to the defeat of Cornwallis at Yorktown. Lt. Col. John Robinson was one of the first officers at the North Bridge in Concord on April 19, 1775.

Notable items from the Revolutionary War period are: 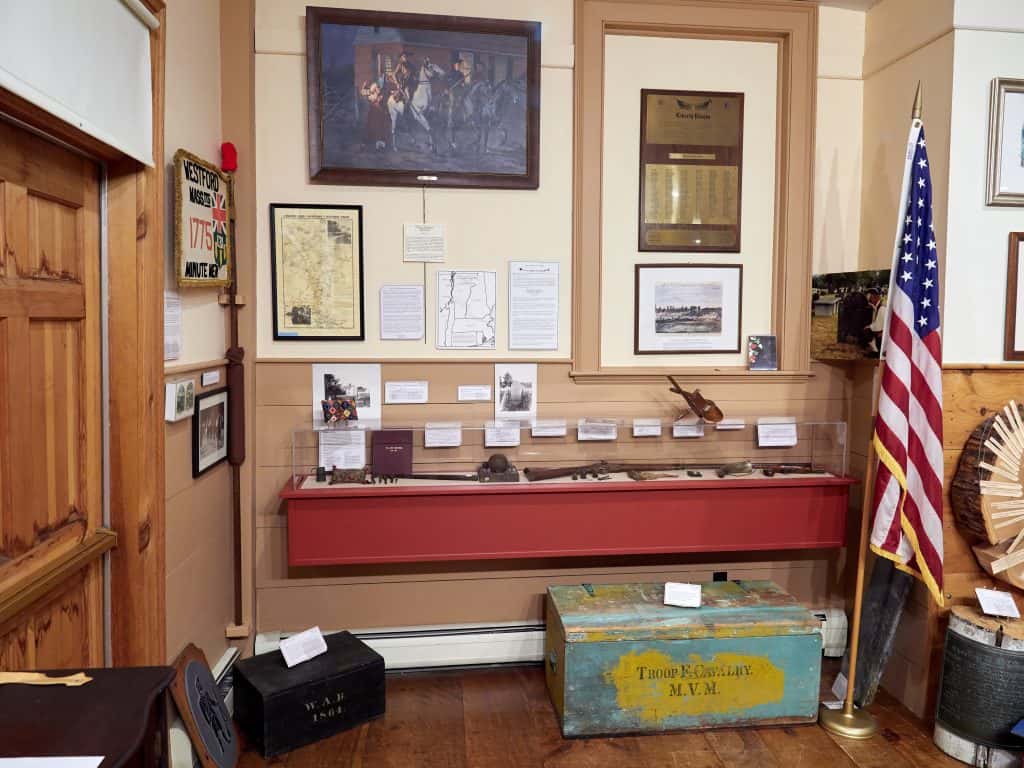