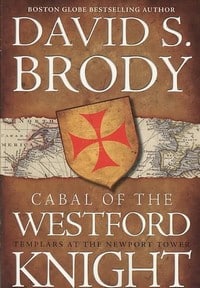 It’s been a decade since David Brody released Cabal of the Westford Knight, his novel triggered by Scottish explorers arriving in Westford 100 years before Columbus. Has David’s research survived the test of time? Is Westford the true “Plymouth Rock” of America? Join us as David presents an update on his research, including a new technology which allows stone structures related to early exploration to be dated.

Myth or Man? The “Westford Knight” is a carving of unconfirmed origin in ledgerock on the hill approaching Westford Center from Stony Brook. Easily visible in contrast with the natural features of the rock is a man-made carving of what could be a medieval sword. The origins of the carving are debatable. According to one account, the first Europeans to reach Westford were part of an expedition led by Prince Henry Sinclair, of Scotland. This voyage would have reached the New World in about 1400 A.D. The “Westford Knight” could be an effigy of one of the members of the expedition who died nearby?  One can imagine the carvings ia a picture of the Knight, complete with sword.

Join us “Live” Sunday November 15th @2.30 pm for a presentation and discussion of the Westford Knight with David Brody. MUST PRE-Register to attend the
Zoom event. https://museum.westford.org/events/the-westford-knight-a-decade-later/

David S. Brody is a Boston Globe bestselling fiction writer named Boston’s “Best Local Author” by the Boston Phoenix newspaper. A graduate of Tufts University and Georgetown Law School, he is a former Director of the New England Antiquities Research Association (NEARA) and is an avid researcher in the subject of pre-Columbian exploration of America. He has appeared as a guest expert on documentaries airing on History Channel, Travel Channel, PBS and Discovery Channel. 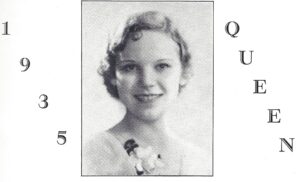 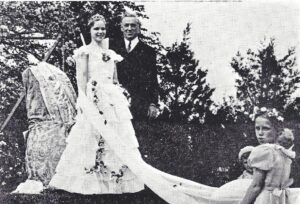 The governor went on to praise “the beauty and virtues” of the town of Westford. He also complimented the granite industry in town which Governor Curley said was the second larges in the United States. Finally, at the end of his speech, Curley asked that the queen come forward and he formally crowned 18-year-old Phyllis Wright as the first Apple Blossom Queen. The towns of Acton, Ayer, Chelmsford, Concord, Groton, Harvard, Hudson, Lincoln, Littleton, Stow, and of course Westford were eligible to select a contestant to be Apple Blossom Queen.

Phyllis Wright, who was a 1934 graduate of Westford Academy and a student at Emerson College had gone to the state house along with her mother Mrs. William Wright, Reverend Day, and Representative John H. Valentin to formally invite the governor to attend the festivities. Governor Curley not only gladly accepted the invitation but also said that he hoped that “Westford and other towns in the state hold festivals annually to impress the beauty of the Bay State.”

Miss Wright went on to graduate from Emerson College of Oratory where she was president of her sorority. Phyllis married Mansfield Branigan of Groton in 1938, the couple had two sons, Edward M. and Carter, and a daughter Elizabeth. The family resided in Littleton. Phyllis did participate in several Apple Blossom events when former queens were honored by the town of Westford.

Tragically, Mansfield Branigan passed away at the age of 40 in 1953. However, the family remained in Littleton where Phyllis became active in town affairs. She was a member of the Littleton Woman’s Club and in 1958 she became the chief operator of the Littleton Communication Center.

Later in life Phyllis moved to Fort Lauderdale, Florida where she died in 1998 at the age of 81. She is buried at the Westland Cemetery in Littleton. (Jim VanBever 2020)

Submit your photos by November 15th. Theme: Oddities of Westford.

Looking for that Perfect Holiday Gift? 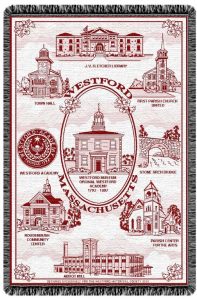 The Westford Afghan is a fun way to give a gift they’ll use and enjoy again and again.