Happy New Year! We hope you had a wonderful holiday season.

At the end of December, we again made the tough decision to close the Museum to the public amid the surge in COVID-19 cases. We are still offering plenty of online and virtual content (see below). Check out the latest from Geoff Hall and Rich McLaughlin- the History of North Westford. Thanks to Westford CAT for filming.

1826 – Quarrying began on the ledge on Oak Hill by Issac Carkin. After, Major Jesse Colburn and later George W. Merrill worked the ledge. Most of the stone was used for curbing and paving.

Ca. 1845 – Hildreth quarry is active on the west side of Snake Meadow Hill. The stone was used for buildings and curbing.

1847 – In today’s Graniteville, Benjamin Palmer began quarrying on two sites on the north side of Snake Meadow Hill. Benjamin Parker quarried “cobbles’ ‘ there as well, and stone from Parker’s site was used for a bridge over Stony Brook and general curbing.

1848 – Samuel Fletcher of Groton opened more of the ledge on Snake Meadow Hill. Much of this stone was used for the Merrimack River dam in Lawrence, MA.

1853 – William Reed of Acton bought 61 acres on Snake Meadow Hill. He initially ran the business with his brother, David, who later divided the lot. William worked the top portion of the hill, while David worked the area near Cowdry Hill. Asa Bond briefly quarried Cowdry Hill, before moving to Concord, NH. The Snake Meadow Hill Quarries supplied much of the granite for the state prison on Concord, MA, and existed into the 20th century.

1860 – H.N. Fletcher quarry opens on the south side of Snake Meadow Hill. The stone was used for buildings and curbing.

1880 – Wright quarry opens on the east side of Snake Meadow Hill. The stone was used for curbing.

1881 – Herbert Ellery Fletcher (1862-1956) opened the quarry still operated today as “Fletcher Granite Co.” on the border to Chelmsford, near Oak Hill. The Chelmsford Gray continues to be used for buildings, bridges, gravestones, curbing, and paving. This stone is found across the country in such places as Quincy Market in Boston, the Federal Building in Boston, and the columns of the Treasury Building in Washington, DC.

1905 – Perley Carkin Quarry opens on Oak Hill near H.E. Fletcher. The stone was used for curbing, paving, and trimmings.

1906 – Couture quarry opens on the west side of Snake Meadow Hill. The stone was used for curbing.

1908 – Town approved funds, up to $40, for a block of granite from Herbert V. Fletcher’s Quarry to be used by Provincetown in the Pilgrim Monument. This quarry closed in 1940 when there was no more granite.

1909 – Cartwright opens dormant quarry on Oak Hill near H.E. Fletcher. The stone was used for curbing.

1930 – Palmer and Sons Granite was the oldest family operated quarry in New England, 1940 – The quarry started by Samuel Fletcher closes.

1940s – Palmer Granite transfers operations to the Essex Bituminous Concrete Corp of Peabody, and at least in partial operation into the 1970s.

1955 – H.E. Fletcher Co. operations of a neighboring quarry then owned by Clarence DeCartaret. 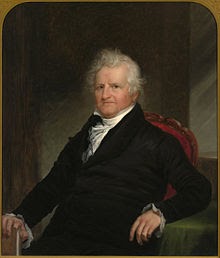 Joseph Bradley Varnum was born in Dracut, Massachusetts in 1750. Even though Varnum had little formal education, he became a self-taught scholar. At the age of 18, Joseph became a captain in the Massachusetts Militia and eventually commanded the town of Dracut’s militia in the Revolutionary War. By 1805 he had become a Major General.

Later, General Varnum served in the House of Representative and eventually became Speaker of the House from 1807 to 1811. In 1805 Congressman Varnum submitted a Massachusetts proposition to amend the United States Constitution to abolish the slave trade in America. The amendment was initially tabled, but under Varnum’s leadership the amendment traveled through Congress and passed both houses on March 2, 1807, and two days later President Thomas Jefferson signed it into law.

In the midst of his dedicated career to his state and country, Joseph Bradley Varnum was chosen by Westford’s Zacheus Wright to be one of the original trustees of Westford Academy.  The self-taught scholar served as a Westford Academy trustee until 1820 and helped guide the fledgling Academy to become one of the best co-educational secondary schools in the country.

Joseph married Molly Butler of Pelham, New Hampshire on Christmas Day 1772. Molly also played an important role in the American Revolution providing everyday support to the Minutemen. “In the Photographic History of Dracut” Donat Paquet said of Molly, “Her patriotism equaled that of her husband. She was tireless in finding means of providing necessities and some comfort to soldiers who were ill-equipped.”

After returning from Congress in 1817, General Varnum returned to Massachusetts and again served in the Massachusetts State Senate until he died on September 21, 1821. Joseph Bradley Varnum is buried along with wife Molly in the Varnum Cemetery in Dracut, Massachusetts.  James VanBever (2021) 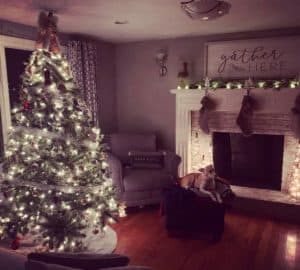 Tis the season by Justin Leonard

Do you like taking pictures? Submit your Westford related pictures to our COVID-19 Digital Time Capsule or Capture the Moment Photo contest by January 15th. Details can be found on our website.