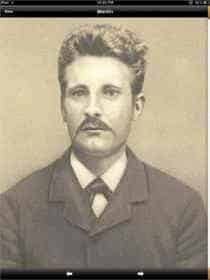 Martin’s family’s immigration to Westford was more convoluted than most.  Martin left Söndrums, Sweden on May 16, 1893, traveling alone and took a steamer from Göteborg, Sweden, to Hull, England, then by rail to Liverpool, England, by steamer to Quebec, Canada, by rail to Boston arriving about June 8.  He first settled in “Swede’s Corner” in West Chelmsford. Swede’s Corner was the area on the Chelmsford/Westford border on Frances Hill that was settled largely by Swedish immigrants who came to work in the granite quarries.

Martin Hanson (he dropped the double “S” after moving to America) became a naturalized citizen on September 24, 1898, at the District Court in Ayer.  This was sooner than most other immigrants who came to Westford. Martin died tragically of drowning while swimming with his collie dog, Pon, in the Graniteville mill pond July 23, 1917, aged 61.  The papers reported that Martin had heart disease. He was buried in Fairview Cemetery, as was his wife Sofia who died in Westford on August 4, 1944.

Martin’s oldest child, Carl Hjalmer Hanson, married Esta “Esther” Frederica Johnson (1894-1974) who was born on Hurricane Island, Maine, to Swedish immigrants August (c. 1859-1939) and Bertha Christina (Eliason) (c. 1871-1923) Johnson.  August had come to Hurricane Island in 1883 to work in the quarries as a paving cutter. Hurricane Island is near Vinalhaven Island located off the Maine coast near Rockland. The quarry was at its peak from the 1870s to the 1890s. These quarry owners went to Europe for labor, hiring Swedes, Finns, Irish, Scots, English, and Italians.  Between 1900 and 1910 August moved his family to Swede’s Corner in Chelmsford and was working as a paving cutter in the local quarries.