Before the mills came to Westford, the town was mainly agricultural. A farm was home to many Westford residents. Apples were Westford’s major crop. Other profitable crops consisted of peaches, strawberries, blackberries, raspberries, as well as many more small fruits. Common farming tools included the brush hook, buck saw, scythe, sickle, and ice plow. Another form of farming in Westford, due to the cold New England climate, was ice harvesting, which took place on Forge Pond annually prior to the invention and widespread use of refrigeration. Although very successful at its peak, Westford’s agriculture declined at the end of WWII. Young veterans were not interested in coming home and maintaining their family farms. Many of these farms were bought by land developers where new houses were later built. 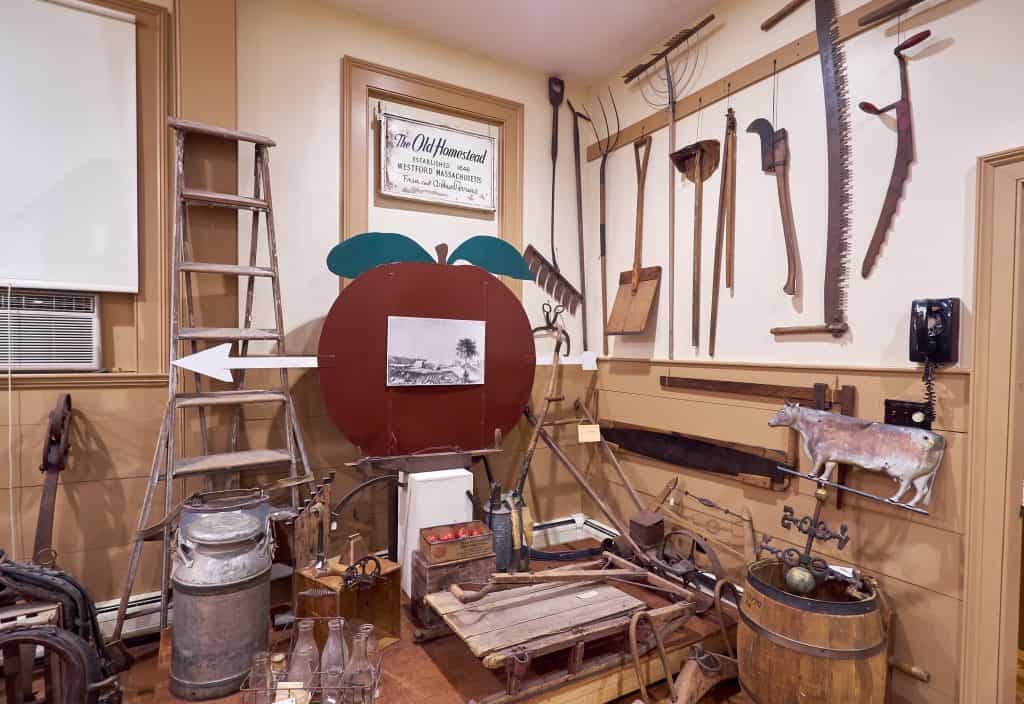