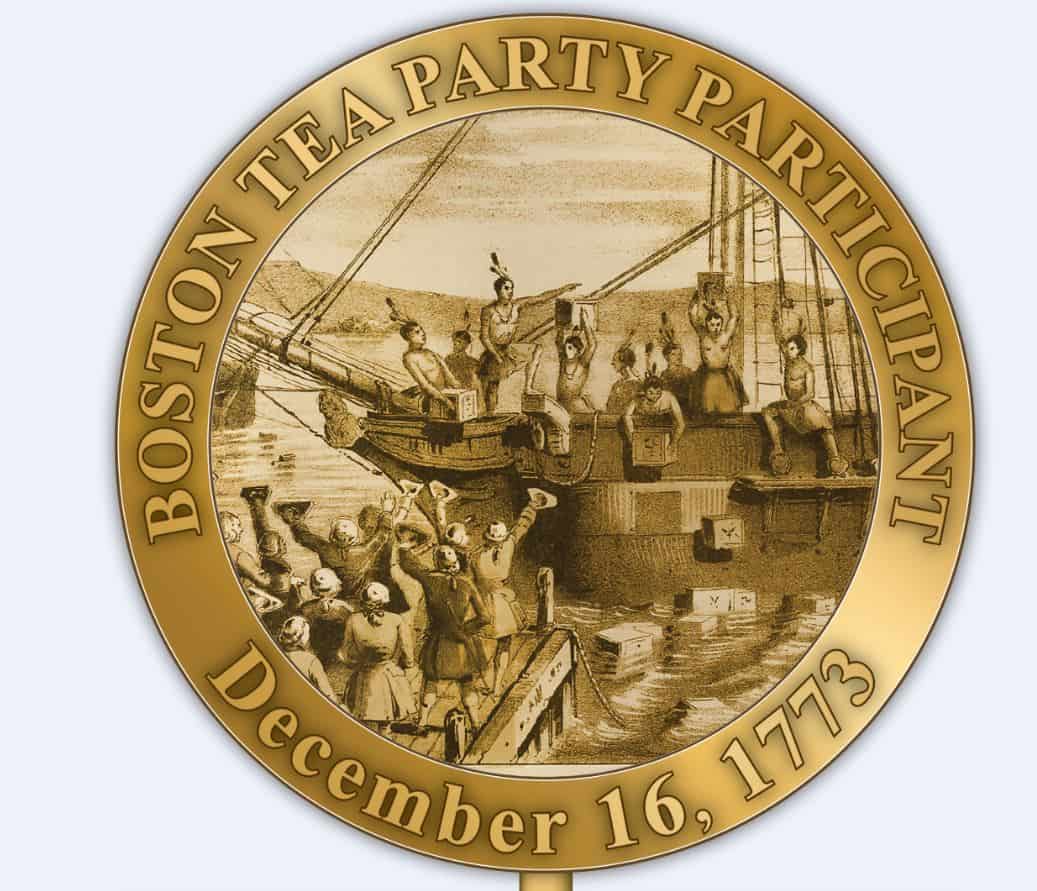 Capt. Read became a prominent man in Westford, MA which he represented for 20 years in the General Court. He took part in the famous Boston Tea Party, an act of protest regarded by many as the spark that ignited the American Revolution. Captain Joseph Read also served the town of Westford as delegate to go to the provincial Congress. He was a man of distinction and it is our honor to recognize his service.

The Boston Tea Party was a political protest by American colonists against Britain for imposing taxation without representation. The patriots dumped 342 chests of tea imported by the British East India Company into the harbor.

This project began in 2018 as the Boston Tea Party Ships & Museum worked with the City of Boston and the Historic Burying Grounds Initiative to place these commemorative markers at the graves of Boston Tea Party participants in the burying grounds along Boston’s Freedom Trail. This project was very successful in Boston—with great feedback from visitors—and the media interest was substantial. The story was picked up by the Associated Press and garnered more than 200 million impressions across 173 worldwide media outlets!

Since the inception of this project, The Boston Tea Party Ships & Museum has placed markers and held ceremonies in Cohasset, MA, Boston, MA, Lynn, MA, Gardner, MA, Sturbridge, MA, Harvard, MA, Medford, MA, Worcester, MA. and NOW Westford MA. We are in the process of working with many more municipalities to place the remaining markers across the Commonwealth in 2022.

“He [Joseph] took an active part in the interest of the Colonists against the English egression and was one of ‘The Boston Tea Party’ that helped empty a ship load of tea into Boston harbor as a resentment of the English tax they had put on it and undertaken to make the colonists pay. It appears from the record that he and his five sons served in the revolutionary war to gain our liberty of free government from the English self-imposed yoke.” –Axel H. Reed, p. 16

“[Joseph was] a man of distinction; was representative of the town of Westford, twenty years in succession, and was one of the Boston Tea-party, although then somewhat advanced in life.” –Jacob Whittemore Reed, p. 159, from Axel Reed Genealogy, p. 14.

“At a meeting chose Captain Joseph Read to serve the town as delegate to go to the provincial Congress for six months, and June 5, town voted ‘to pay Captain Joseph Read, 3 pounds and 15 shillings for 17 days’ services and expenses.’” At the battle as well as at the struggle at Concord Bridge, “The Battle of Bunker Hill, Col. Robertson participated.” –from p. 110, May 27, 1775, History of Wexford, Mass., cited by Axel Read on p. 13 of his genealogy.