Local Author and Historian, David Brody, will be speaking at the Westford Museum and introducing his 9th book in his Templar in America Series: Treasure Templari: Templars, Nazis and the Holy Grail (Templars in America Book 9).  Following the discussion Dave will autograph copies of his book(s)

“The Ghent Altarpiece painting is the most stolen piece of artwork in world history. During World War II, the 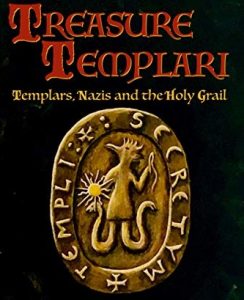 Nazis pilfered it, believing that the painting’s Knights Templar symbology and iconography were encrypted clues leading to the Holy Grail and other lost Templar treasures. In his ninth book exploring Templar themes, entitled Treasure Templari, author David S. Brody examines the Templar symbolism with an eye toward deciphering the clues encrypted in the painting. Are the symbols related to the Westford Knight legend and Scottish explorers visiting Westford in the late 1300s? And do the answers help lead us to the lost Templar treasure?”

“David S. Brody is a Boston Globe bestselling fiction writer and author of 12

books. His children call him a “rock nerd” because of the time he spends studying ancient stone structures which he believes evidence exploration of America prior to Columbus.  A graduate of Tufts University and Georgetown Law School, he has appeared as a guest expert on documentaries on History Channel, Travel Channel, PBS and Discovery Channel. He and his wife, sculptor Kimberly Scott, recently relocated to Newburyport after living for 21 years in Westford.”