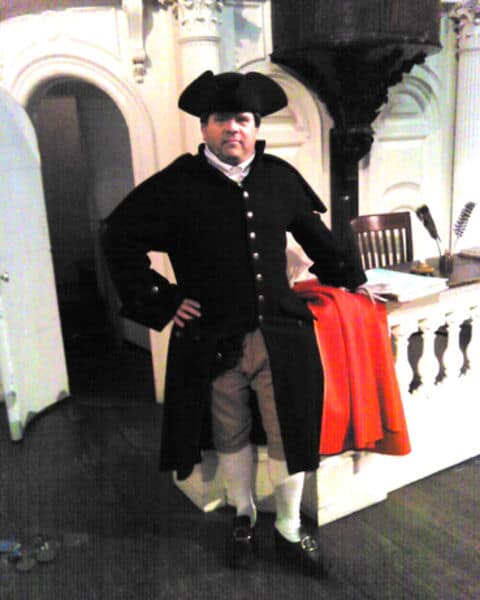 Dressed in a frock coat and Colonial-era wig, re-enactor Mike Lepage launches into the life of our Founding Father Samuel Adams. He was a thorn in the side of the British in the years before the American Revolution and especially at the time of the Destruction of the Tea in Boston Harbor.  As a political activist and state legislator, he spoke out against British efforts to tax the colonists, and pressured merchants to boycott British products. He also was an important leader in the Sons of Liberty, a radical group that engaged in violent civil disobedience and retaliation against those who cooperated with the British. Additionally, as a writer, Adams was a skillful propagandist, churning out scores of newspaper articles, pamphlets and letters to promote resistance to British rule.

Michael Lepage has been bringing characters from American history to life since 1992. Aside from Paul Revere, LePage appears as – among other historical characters – John Adams, Samuel Adams, Dr. Joseph Warren, and General Thomas Gage. Well known for his appearances at the Paul Revere House, Adams National Historic Park and the Minuteman National

An Evening with Samuel Adams, Founding Father of the American Revolution is part of the Westford Museum  2023 Winter Program Series recognizing the 25oth Anniversary the Boston Tea Party (Destruction of the Tea) at Boston Harbor December 16, 1774. It is estimated that hundreds took part in the Boston Tea Party and on of those patriot’s was Westford’s Capt. Joseph Read. Learn more about Capt. Read here. 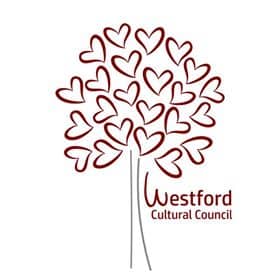