A Short History of Christmas Lights on Westford Common

In 1987, Mark wrote a letter to the Westford Eagle calling for residents to donate Christmas lights for the Common and offering to put them on. “It would be really great if our Common could really look festive and even have a lighting ceremony,”  Mark wrote.

1988 was the right year for Marks’ dream to come true. Earlier that year students in the electrical program at Nashoba Valley Technical High School had installed electricity on the Common so the flag could be lit and fly overnight. And the project meant there was a plug on the Common for Mark’s Christmas lights.

On Sunday December 2nd, Mark flicked the switch to light the Christmas trees. Mark was assisted by Austin Fletcher, who lived across Lincoln Street from the Common, and every morning and evening for as long as could be remembered, Austin raised and lowered the flag on the Common. With the flag lit and therefore able to fly twenty-four hours a day, Austin, then 89, could retire.

In 2006, an arborist assessed all the trees on the Common as part of the Common Restoration Project. Alas, it was found that all three of the trees that had been decorated with Christmas lights were diseased and dying. Two firs planted by Ed Szylvian in memory of his parents had already lost the needles on their bottom branches.  And the Blue Spruce planted in 1982 in memory of former Selectmen executive secretary Wally MacQuarrie also had to be taken down.

That was when the current Christmas tree was planted in memory of former Parker Village resident Denis Maguire. After Deny’s death in 2005, his erstwhile Parker Village neighbors Ron and Mary Jo Johnson and Read and Jo Ann Albright donated the money needed to move a tree to the Common from Wild West Tree Farm, also in Parker Village.

The tree was planted on the Common during Earth Week in April 2007. The tree plaque reads,

“In Honor of Denis Maguire (1918-2005) Dedicated worker for Westford. Master Planner, Generous Attorney, Irish Wit, Liberal Activist. Give by his friends who benefited from all of the above. May this tree, like Deny, stay forever green.”

The following Christmas, Deny’s tree, then 9’ tall, was decorated with new lights purchased by the Westford Garden Club. Dave Tibbetts of New England Land Design and Christmas Décor in town hung the lights to give the Highway Department a year off.

The afternoon of the annual tree lighting in 2007, Deny’s friends from Parker Village arrived with bags of ornaments for the tree. From a Letter to the Editor in the Eagle,

“They began to hang the ornaments just as families began to arrive. Young Sophie Sloan was nearby and was given an ornament to hang on the tree. Then Sophie’s friend Julia asked if she could hang an ornament on the Christmas tree. Soon there were dozens of children standing on a bench that Deny’s friends pulled over near the Christmas tree, and being lifted onto shoulders to hang ornaments on the tree’s higher branches.”

In recent years, the Girl Scouts have made the tree lighting the Sunday after Thanksgiving into an even more memorable affair. A student chorus sings Christmas songs from the bandstand while Girl Scouts pass out candy canes and serve warm drinks.

At 4:30, the president of the Westford Garden Club turns on the lights. In 2018, Mark Jarvis helped, back for the 30th anniversary of that first Christmas tree lighting he made happen in 1988.

Then the fire engine siren is heard and Santa appears, riding on the fire truck. Everyone follows Santa into the Parish Center for the Arts where crafts and games abound, to be played while children wait to talk to Santa.

Thank you all that attened the 32nd Annual Tree Lighting on the Westford Common,
Sunday November 29th and kicking off the holiday season in Westford

Thank you to the Bells of St. Matthew’s, from St. Matthew’s United Methodists Church in Acton, Emily Piper of Maker Farm of Gould Road and the carriage driver was Lori Caouette. Westford Police Department, Westford Parks and Recreation, The Common Restoration Committee, The Westford Garden Club, The Westford Academy Museum Club and SANTA! 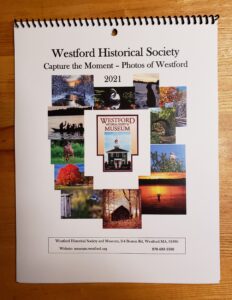 Order your 2021 Capture the Moment
Photos of Westford Calendar 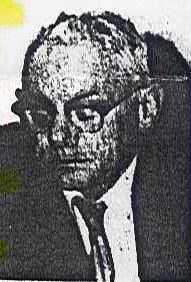 When Westford was still a small town, people from outside the area would often only know of two Westford landmarks, Kimball’s Ice Cream and Wyman’s Beach. Some people said they had been to Kimball’s or Wyman’s but insisted they had never been to Westford. Wyman’s Beach was located on the shore of Long Sought-for pond which is a lake located in the northern part of town. During the 50’s, 60’s, and 70’s, it was a summer destination point for the Merrimack Valley and beyond. When one drove past the lake on Route 40 on a warm weekend day you could see the throngs of people across the lake at Wyman’s.

Wyman’s was owned and operated by Horace (Hoppy) Wyman. Hoppy was born in Staten Island, New York but spent the last 50 years of his life in Westford. He was a Navy veteran in World War II and became a 32nd degree mason. Mr. Wyman was also the owner and operator of Wyman’s Lunch which was a popular gathering place in Forge Village.

Hoppy married Iona Farrow and the couple had six children, Thelma, Barbara, Viola, Horace, Harvey, and George. George Wyman became Westford’s superintendent of the highway and parks department. The family lived on Dunstable Road and was highly active in the operation of the beach.

Aside from managing and operating his businesses, Wyman was highly active in the social fabric of the town. He was a member of the V.F.W., American Legion, Kiwanis Club of Westford, H.E. Fletcher Social and Athletic Club, Franco American Club of Forge Village, and was quite active in the Westford Golden Age Club and Council of Aging. He also served on the Westford Board of Selectman from 1955 to 1972 and when he retired from the board, Hoppy was presented a citation from then Governor Francis W. Sargent. In 1983, Wyman was named Westford’s “Person of the Year” during the annual Apple Blossom Festival.

Hoppy Wyman died on August 8, 1985. A few months after his death, Board of Selectmen Chairman

Geoffrey Hall presented his widow Iona a plaque in Hoppy’s honor that still hangs in the town hall. During the presentation, Hall commented that he only lived a few miles from the beach and recalled how his mother used to give him a ride to Wyman’s. He also remembered Hoppy as the guy who seemed to run the town. Wyman’s Beach has long been closed, today there are summer camps where the beach once was. But for all those old-time town residents who had a Wyman’s Beach sticker on their car’s side vent window the memories of summer afternoons at Wyman’s live on. (Jim VanBever)

November’s theme was  Oddities in Westford

This month’s theme: The “Holidays in Westford”. Because holidays are just around the corner! Share your holiday themed photos

Still time to put your story in our
Digital Time Capsule

Living and working in a new way ~ The COVID-19 Pandemic

What would you like your children and grandchild to remember or know about the COVID-19 pandemic? Share your reflections, adventures, pictures and videos and with your permission we will post them on to our website. Then on December 31, 2020, we will lock your submissions away in a digital time capsule to be posted on the historical society’s website 20 years from now, May 2040. Your contribution to the time capsule does not need to be posted to our website at this time, but we would like to share it in 20 years.

Here are a few suggestions of pandemic reflections you can share:

What do you want your children and grandchildren to remember about this pandemic in 20 years? Submit your COVID-19 reflections to Linda Greene, Museum Director to put into our digital time capsule.