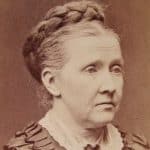 This year 2020 marks the 100th anniversary of the passage of the 19th Amendment, guaranteeing and protecting women’s constitutional right to vote. It began with the Seneca Falls Convention in … 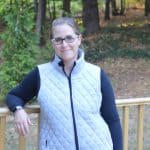 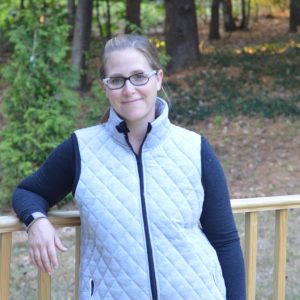 The Board of Directors voted in Mrs. Howard at their board meeting on November 20th. Mrs. Howard previously served as Vice President of the Board (2018-2019) and has served on the Board since 2014. Mrs. Howard has lived in Westford since 2009 and is raising three children with her husband, as well as writing a book about presidential elections. Prior to that, she was Membership and Advocacy Manager at the New England Museum Association and held positions at the Nichols House Museum, Museum of Fine Arts, and the Museum of Science. She holds a BA in History with a minor in Writing and an MA in American History both from Providence College and an MA in Museum Studies from Harvard University. Her thesis was All History is Contemporary: Collecting Contemporary Objects at History Institutions. She is looking forward to serving as President and helping to create more programming, exciting exhibits, and engaging the community.

Other officers elected at the meeting were Dan Lacroix as Vice President, Kelly Ross as Treasurer, and Lisa Sama as Secretary. 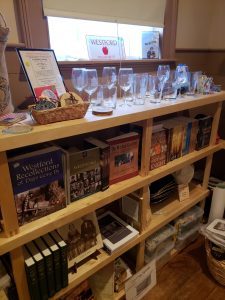 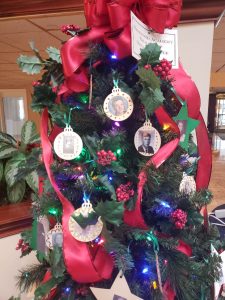 It’s time to renew your membership to the Westford Historical Society!  You may renew online with a credit card or pay by check. If paying by check, please follow the instructions on the website to mail in your payment.

Westford Notable of the Month~ Mary “May” Balch

Mary “May” Balch was born in the Parkervill section of Westford in 1875. She graduated from Westford Academy and the Massachusetts Normal Art School in Boston in 1896. May became an artist-painter, who also printed greeting cards; she also made dresses and costumes. Miss Balch wrote a novel “The Stronger Light” which was published in 1922. In addition, she wrote poems and music. Her original painting of the original Westford Academy building hangs on the museum wall.
May’s  long elaborate yellow flowered  dress she made for graduation from the Normal School still survives as do many of her water color paintings, and greeting cards.
Miss Balch became supervisor of drawing in the South Hadley school system until the death of her mother, she then returned to Westford to care for her father, Wayland Balch, a Civil War veteran.
She participated in the 1929 historical pageant celebrating the 200th of the incorporation of the town of Westford.

The next time you drive or walk by the Nabnassett Country Club take a look at the old foundation that still stands in front of the current Country Club.  This old foundation was once the site of the Lake Shore Theatre that held plays and shows from 1934 to 1941. In fact, the theatre held 1,200 people and was one of the largest summer theaters in the United States. Such performers as Ethel Barrymore Colt, the daughter of Ethel Barrymore, once graced its stage.

The theatre was founded by Albert Franklin Trask, who was once the principal of the Frost School, his wife Agnes, and Westford resident Fisher Buckshorn. In 1934, Mr. Trask was able to obtain the barn from the Lake Shore Realty Company of Boston, which was developing the area around Nab Lake. The lots were being sold for as low as $89.00. Purchasing a lot included membership in the Nabnassett Country Club and free tickets to the Lake Shore Theatre. The venture became the “National Little Theatre”.

The Lake Shore Theatre also operated an acting colony that attracted college students from all across the United States. Most of the students stayed at the “Mansion,” formerly the John William Abbot House at 45 Main Street, which is now the site of the Northern Bank & Trust in Westford. In 1934, 1,200 students applied to the Lake Shore Theatre, but only 80 were accepted. Students took such courses as Acting Techniques, Directing, and Playwriting.  Tuition was $300 but was usually waived because of private donations.  All students were required to take part in at least four plays that were held at the Lake Shore Theatre.

During the years from 1934 to 1936, the theatre attracted some notable performers. Aside from Ethel Barrymore Colt who performed in 1935, Arthur Fiedler, conductor of the Boston Pops, was the guest of honor at “Gay Nineties” week in 1934. Other notables included actress/author Cornelia Otis Skinner who later appeared in such films as “The Uninvited” and “The Swimmer”; Walter Hampden who would later appear in such films as “The Hunchback of Notre Dame” and “The Adventures of Mark Twain”;  Malcolm Lee Beggs an actor/director whose work included films such as “Houdini” and “Botany Bay” and later appeared in early television shows that included “Hopalong Cassidy” and “Hallmark Hall of Fame.”

Although it appeared the Lake Shore Theatre was thriving in 1936, Franklin Trask and his wife Agnes decided to leave Westford and move his theatre company and colony to Plymouth, MA and form the Priscilla Beach Theatre.  In 1937 and 1938 the Lake Shore Theatre continued under the direction of Robert Hooven Eshleman who continued the theatre with national casts and directors. In 1939, the theatre became the Westford Playhouse and was operated by the Blackfriars Repertory Theatre.  The Blackfriars ran the theatre until 1941, which was its final season. The ensemble was by then made of local performers.

During World War II, the theatre barn was made into a factory for the weaving of steel nets to entrap enemy submarines.  It is believed that fire later destroyed the building. 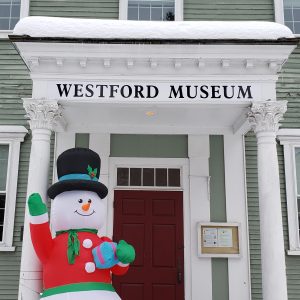 We wish you a very Happy Holiday season and a peaceful and prosperous New Year. 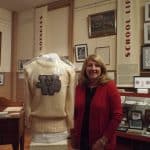 A letter from the WHS President At the Westford Historical Society we’re all about the past, present, and future.  Our affinity for the past is obvious; interpreting history is at … 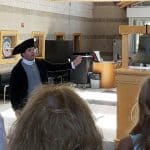 Time to Renew Your Membership! It’s time to renew your membership to the Westford Historical Society!  You may renew online with a credit card or pay by check. If paying … 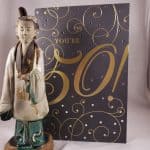 Time to Renew Your Membership!  It’s time renew your membership to the Westford Historical Society!  You may renew online with a credit card or pay by check. If paying by check, please … 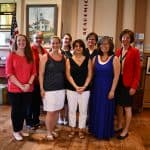 Viking Boat Stone in the Cottage! Kanga Productions was in town working with society member David Brody and filming a story on the Westford Knight and the boat stone. The … 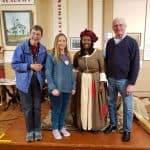 Unheard Voices~ Slavery in Westford by Linda Greene At the dawn of the American Revolution, 20 percent of the population in the thirteen colonies were of African descent. The legalized practice … 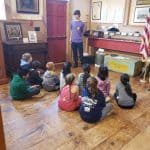 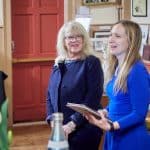 The museum staff and volunteers are looking forward to welcoming Westford’s Third Graders for tours later this month! The Westford Academy Museum Club is also assisting with this fun annual …