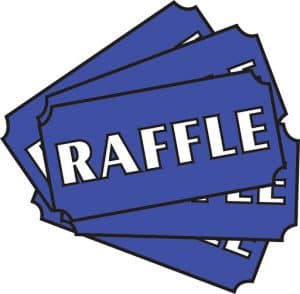 More than ever, we need you support. Many of our events have been postponed or cancelled, but you can continue to support the Museum during this difficult time by making a $20 donation. With your $20 donation you will receive 5 tickets for our gift baskets. Use the link below and make your selection. Thank you for your support.

Fundraisers to support the Westford Historical Society and Museum

Select from a marvelous collection of Gift Baskets or Paintings by local Artists
Raffle Tickets are $5 ea. Or Five tickets for $20 Drawing Date: Sunday, May 3rd. You do not need to be present to win. Purchase Raffle tickets by Credit Card on-line.

Do you have 10 minutes to spare? The Westford Historical Society is conducting a survey of its members and the community. The survey is 10 questions and should take about 10 minutes to complete. You can access the survey here.

Your answers will be kept confidential. Thank you in advance for your help! 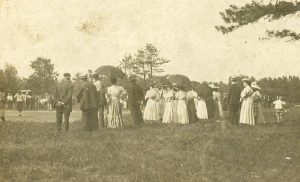 Baseball may be delayed this season but we can still recollect days gone by! 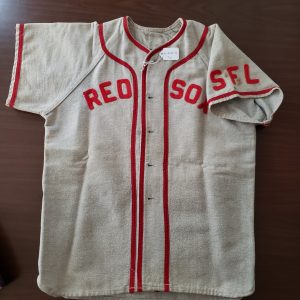 When the Westford Small Fry Baseball League started in 1953 there was just one ballfield. *  The field which is now known as the Geoffrey D. Hall field, (named after former State Representative Geoff Hall who played in the league during the 1950’s)   had no lights, concession stands, bathrooms, storage sheds, and of course there were no phones of any kind. The only things we had were two benches for the players, a very small set of bleachers and a snow fence that surrounded the park.  Most fans and family members watched the games from behind the fence. Some people parked their cars near the snow fence and watched the games from their automobiles. Parents who watched from their autos often would honk their car horns when their son got a hit or made a good play in the field.

The only amenities the park had were provided by several neighbors who lived near the field. John Regan.  who lived next to the ballfield was responsible for the tonic machine. This was the only luxury we had. John who never received any pay for his work would drive to Shirley in his station wagon, load up with Phoenix soda and bring it back in wooden cases. He would then wheel the tonic over to the field and fill the beverage cooler. The last bottle in the machine would always be a Cream Soda.

My house which abutted the field provided some other services to the league. Folks would often come in the house to use our bathroom, use the phone, or if someone’s ride was late, they would come in the house and watch television with my parents until their ride arrived. The equipment was always stored in our garage which was never locked, kids would get the gear out before the game and return it after it was over. Sometimes, if they didn’t have an umpire, one of the managers would come to the backdoor and get my father out of his supper to come and umpire the game.

At the end of the year the league held something called “Field Day” which included free hot dogs, tonic, and ice cream. Kimball’s always donated the ice cream free of charge. The hot dogs were boiled on my mother’s stove and brought over to the field for the kids to eat. The Caffelle family would always help at this event. After everyone had eaten, the league would hand out the awards for the year.

All of this may seem very crude by today’s standards and it probably was. But everyone had fun and if you played in the league it was a very big deal.   The league was small, and everyone knew all the kids who played. There were some great and colorful managers like Waldo Leedberg, Skip Hall, Louie LaRocca, Harry Smith, Buddy Forty, Al Checchi, et al.  These managers really knew the game of baseball and they always put the kids first. No matter the ability of the player, each kid would play at least one inning and get one turn at bat in every game. 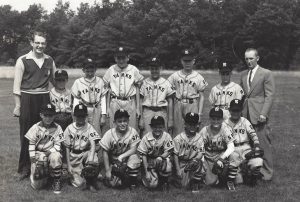 Greg Beskalo of Graniteville was one of the best umpires and he always looked so professional with his giant chest guard, face mask, and that little whisk broom which he used to clean the plate. There were also some legendary players like Dennis Moore who had so much talent and made the game seem so easy or George Kovalcheck, a left-handed pitcher who had a wicked fast ball. One never wanted to bat against George.

The founder of the league was Bobby Wall who later became a priest. Bobby’s house became the headquarters for the early years of the league. Harry Smith was another important figure  during the first years of the W.S.F.L.   Harry was very instrumental when the town acquired the ballpark from the Abbot Worsted Company.

Today there are numerous fields where young people can play ball.  Girls can now play which they were not allowed in the early days of the league. The league is much better organized and better run than it was in the beginning and yes, the league is now known as the Westford Little League. But the next time you drive into Graniteville ball field, please notice the little sign on the right -hand side that is dedicated to Bobby Wall. He and others were the ones who got this great league started and should be given a little nod of thanks.

*The league was originally called the Westford Small Fry League because the league did not have the funds to become a member of the National Little League Association.

Amateur and semi-pro baseball were an important part of  the fabric of life in turn of the century Westford. It was one of the most popular forms of recreation and games could draw crowds of up to five hundred people who wanted to support their hometown team.
One early example of an amateur league was the Stony Brook Valley Base Ball League. It was formed in 1904 and the season ran from April to September. There were six teams from Lowell, Chelmsford, Graniteville and Pepperell. Each team had to pay a $1 fee to enter the league.
One of the more Successful teams in this league was the Westford Athletic Association team (Westford A.A.). Formed in 1906 they were  the “undisputed champions of Northern Middlesex” for their first three years of existence. They received a lot of support from the locals attracting crowds of up to five hundred people and they would hold dances at the end of the season to celebrate their victories. They played in games with prizes of up to $100 going to victor. Another successful local team was the Graniteville Blues they won the league title in 1909 and had a strong following from local fans some of whom traveled to see the team at away games.
Two other well established local teams were the Sargent Machine Shop Team and the Abbot Worsted Company team. There was a rivalry between the shop and the mill team. They Abbot Worsted Company team would become very successful; they played for the state championship in 1922. 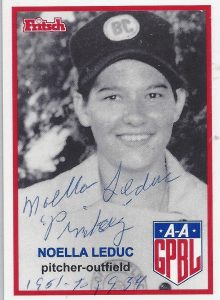 In 1951, Noella was spotted by Rita Briggs, a catcher for the All-American Girls Professional League. Rita recommended that Leduc attend the league’s spring training camp in Peoria, Ill. It was Rita Briggs who gave Noella the nickname “Pinky”. “Pinky” did attend spring training and was assigned to the Peoria Redwings. Noella played very little for Peoria, but it did give her an opportunity to play the game she loved, and she planned on playing the following season.

The following season Noella joined the Battle Creek Belles as a pitcher and compiled a 3-4 record with a respectable 3.11 earned run average in 19 pitching appearances. During the ’52 season she pitched and won a 14-inning complete game while also scoring the winning run. Leduc remained and pitched for the franchise in ’53 when it relocated to Muskegon and was now called the Muskegon Belles. 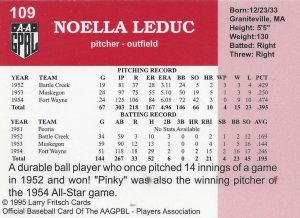 professional baseball; she went 9-10 but was tied for fourth in games pitched. “Pinky” was also the winning picture in the All-American Girls Professional League all-star game. This would be the league’s final season.

Following her baseball career, Noella Leduc returned to Graniteville and coached baseball for girls through the St. Catherine’s Youth Organization. Noella’s daughter Betsy Alverson stated that her mother was “hesitant on becoming a coach but grew to love it because it gave her the chance to share her passion with the game she loved to young players. Betsy also said that her mother did not care about the record of her team, but only that they had fun and in Noella’ s eyes that was the most important thing.

Noella would later marry and move to New Jersey where she would spend most of her adult life. In 1988, the Baseball Hall of Fame in Cooperstown, New York added a permanent display entitled “Women in Baseball”. The display includes the name of Noella “Pinky’” Leduc from Graniteville, Massachusetts.

Sadly, Noella passed away in August of 2014. But in May of 2016 the Westford Baseball & Softball League unveiled her name engraved into the stone Coaches Bench at its opening day ceremony.  The bench is very near the Geoffrey D. Hall field where the girl from River Street began playing the game she loved.

Are you participating in the Bear Hunt? 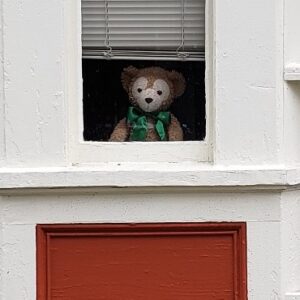 Add the Westford Museum and offices (2 and 4 Boston Rd) to your scavenger hunt. Park/Stop in the museum’s parking lot and take a picture with you and our bears and post it here to let us know you found them.